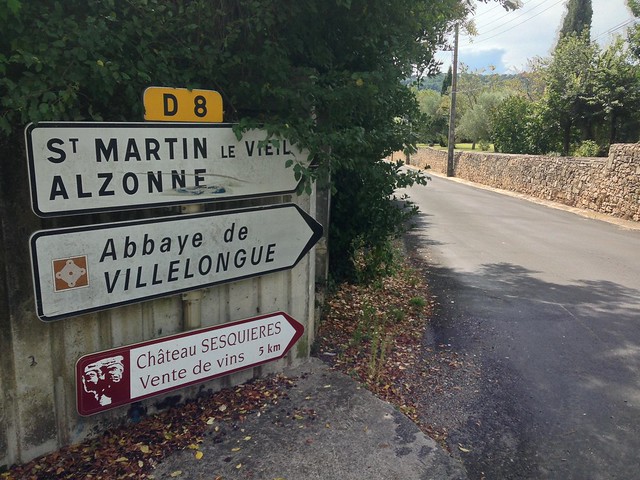 We headed out of Montolieu, following the signs to our next destination, the Abbey of Villelongue. We walked through forest and over hills. At one point along the way we saw our first vineyard: 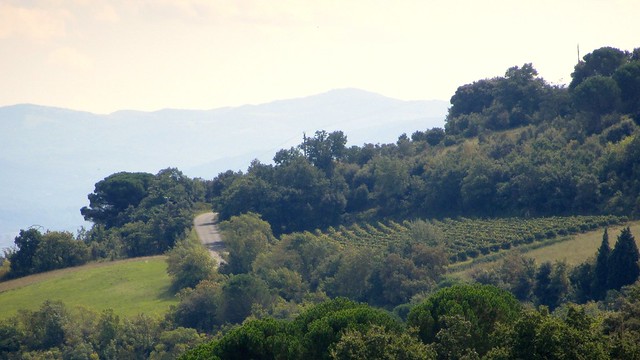 At a high point, we had a great panorama of the surrounding countryside, and once again saw the walls and towers of Carcassonne in the distance. This reminded me that one of the reasons we even knew about this part of the world at all is that we have long enjoyed playing the strategic tile game Carcassonne.

(This image is from Wikimedia, uploaded by Rhyswynne)

It was exciting to be finally nearing the famous city that gave the game its name. However, looking over the lands around me, I realized something: the game of Carcassonne isn't so much about the city as it is about the Languedoc countryside all around it - in fact, all the last week or so we had been walking through a giant game of Carcassonne.

In the game, cities and towns are only one component. Farms and roads are just as important, and in fact frequently cover more of the game space. Presumably the game is called Carcassonne because of the city is famous and implies the middle ages, but more accurately the game should be called "Languedoc" - although admittedly that sounds like some variant of Scrabble.

Anyhow, for the rest of our hiking, I couldn't help imagining the land around me as being part of a giant game. I could almost see the wooden "Meeples" used in the game to claim territory towering above us.

Here the red player has placed a "farmer" meeple to claim the fields below us: 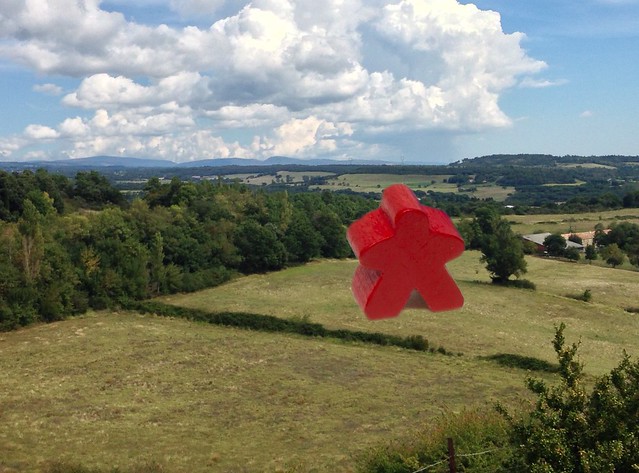 Here, the blue player will get extra points for having his Knight meeple in place as the last piece of the town of Saissac is put in place: 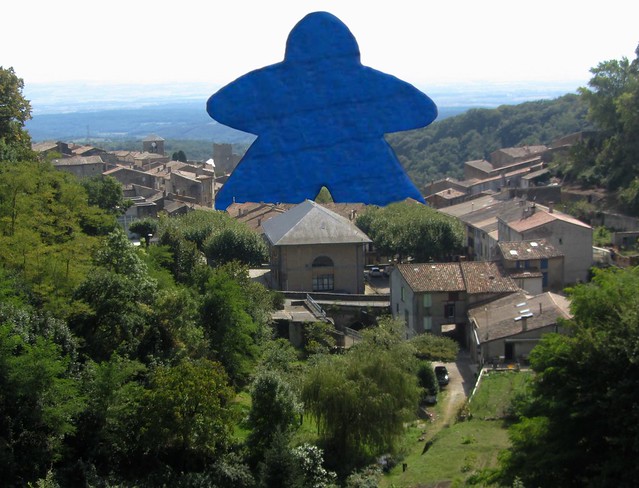 We had occasionally been worried on our hike that we might come across ne'er-do-wells on the road, but this brigand from the black player turned out to be much less trouble than expected. He couldn't move and we just walked between his legs. 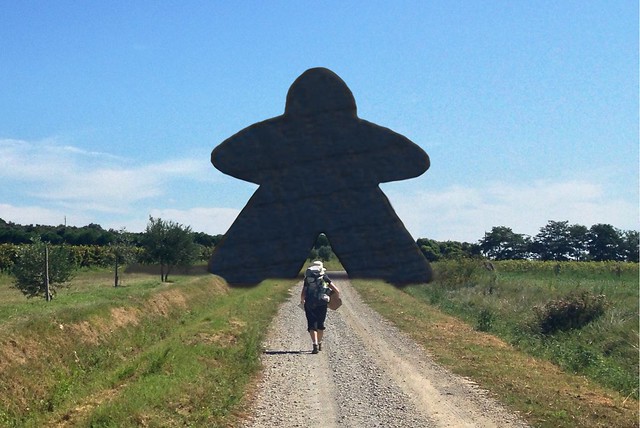 Thinking of the game gave extra resonance to the fields. roads and towns we passed. One important piece in the original game is the Abbey - and it turns out we were on our way to a notable one tonight. We didn't see any meeples there, at least.