On our walk to the Abbaye de Villelongue, I mentioned to Shannon that I was feeling that I had seen enough pretty charming flowers-on-stone Languedoc villages for a while. I was starting to take the prettiness for granted, which is never a good thing. I was also starting to get overwhelmed by all the loveliness I kept seeing every day. I was getting exhausted by beauty.

Then we arrived at the Abbey. 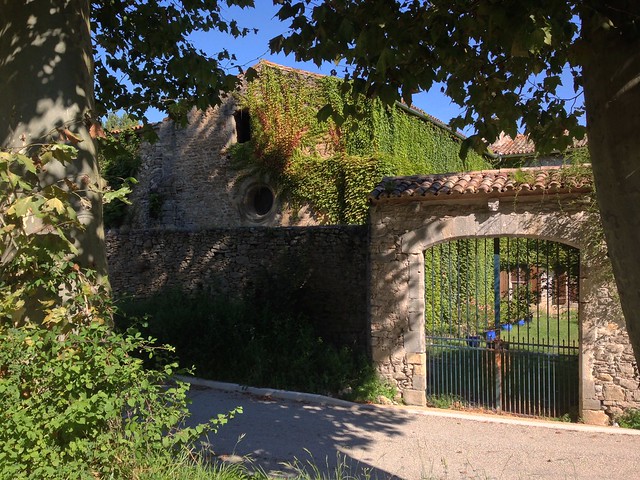 And then we saw the chapel: 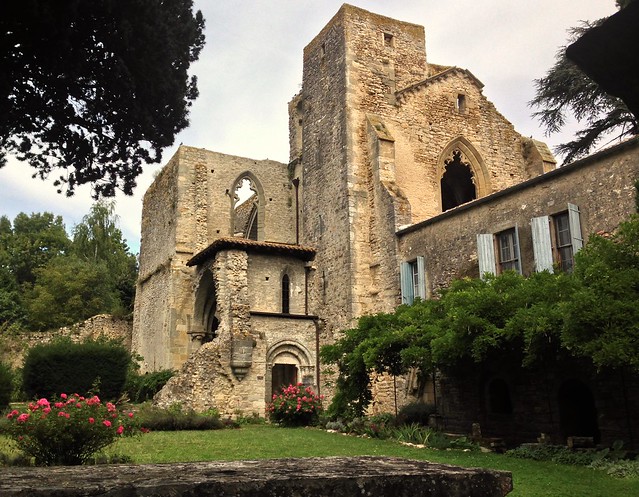 And then we entered the chapel: 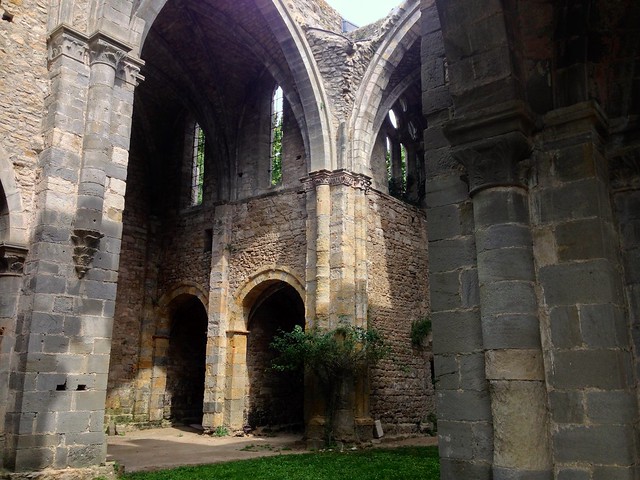 The Abbeye de Villelongue is a Cistercian abbey started in the 12th century and expanded and embellished (after being on the winning side of the Albigensian Crusade) in the 13th century. The abbey fell into ruin over the centuries, but in the 1960s it was bought by Dr. André Eloffe, who started rebuilding the place, and whose descendants still live there and continue his work. 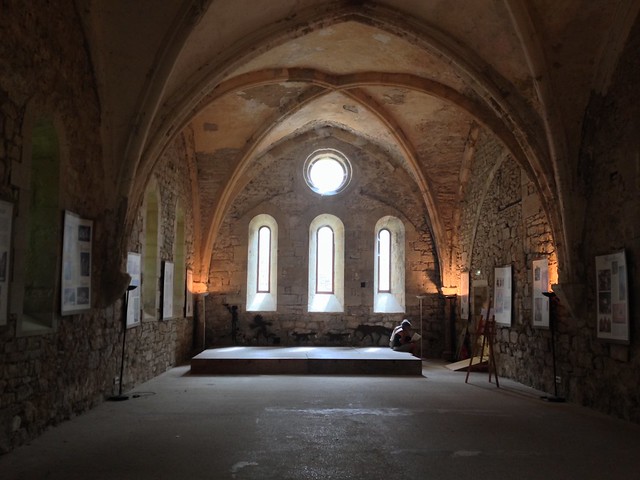 Much of the abbey complex has been restored, and it now contains a small museum, a gift shop, living quarters, and guest rooms that run as a bed & breakfast.

The cloisters are lovely and peaceful, and standing in them you can almost feel you are back in the Middle Ages: 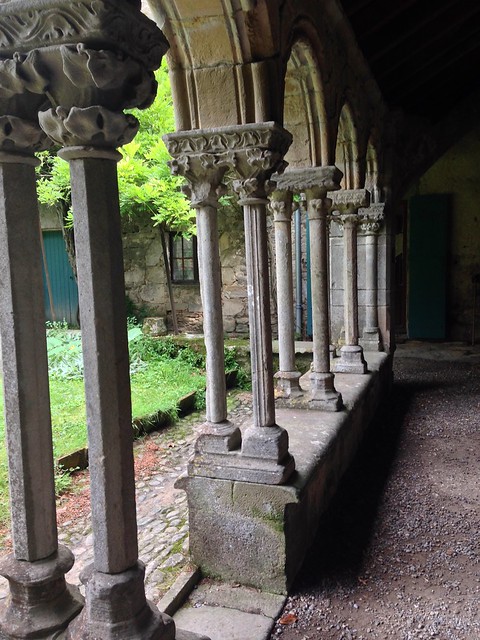 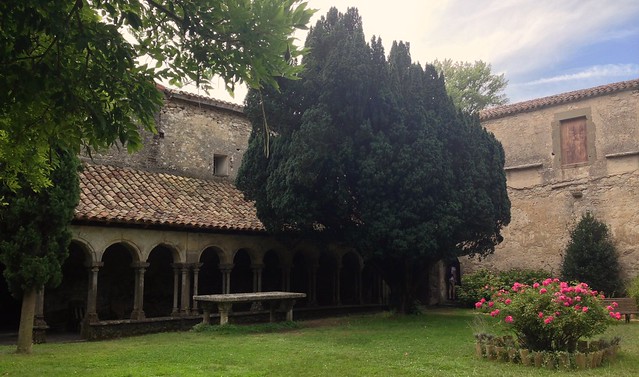 The main chapel at Villelongue is a soaring gothic space, which over the centuries has lost its roof and its windows. 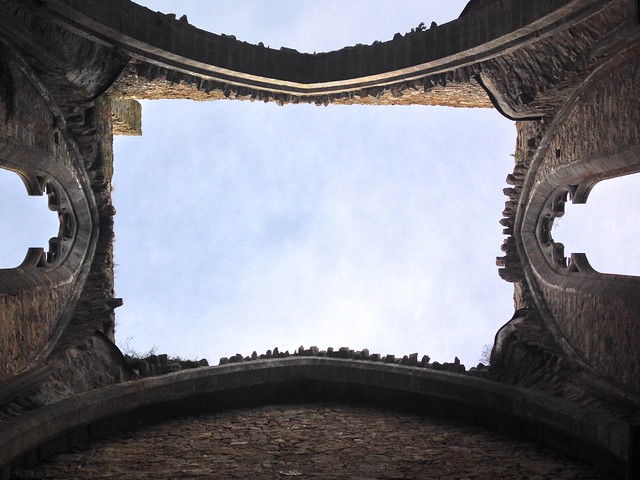 It's now a shell, but an evocative, striking shell. 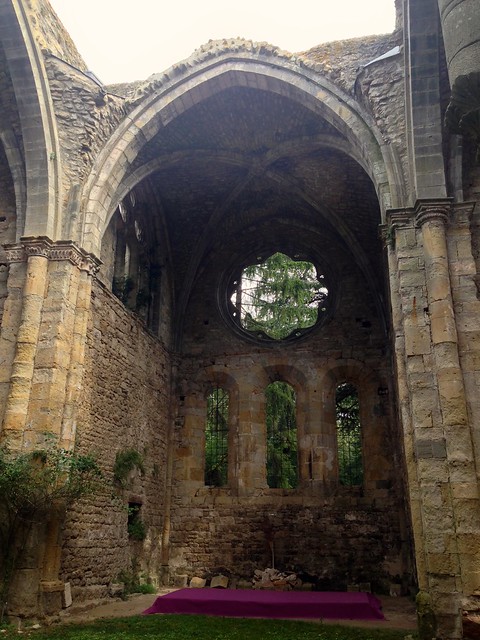 The windows lost their glass long ago, but the trees behind fulfill the same role of providing colour and a play of light and shadow. 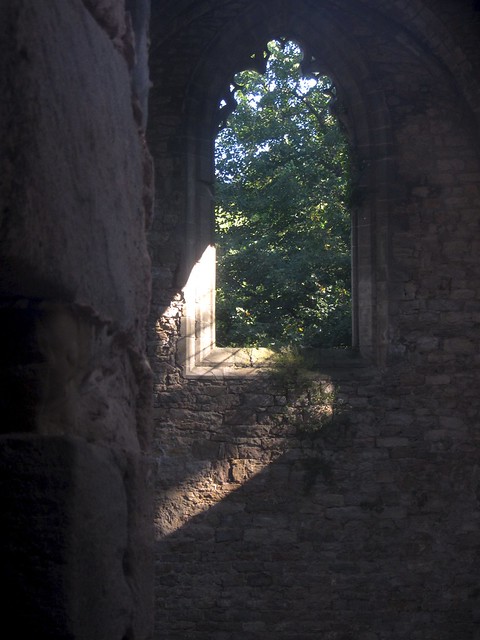 Sometimes branches even pushed through the windows, making an effect that the original glass never could have. 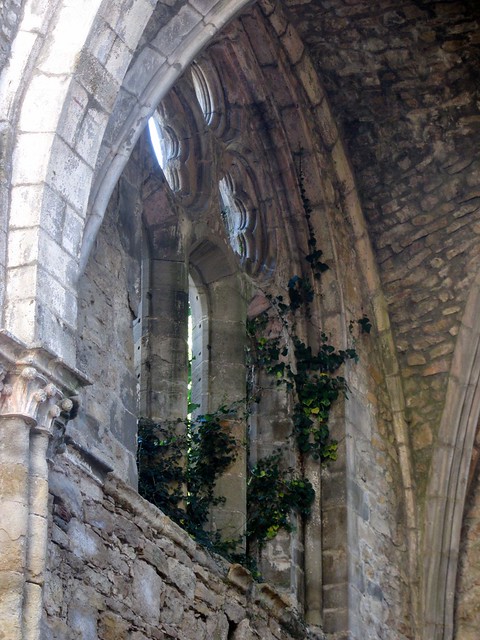 I didn't think I had any spirit left for beauty after the last week of walking through Languedoc, but the Abbey restored it. That's the thing about this trip: every time I think I've seen enough, there is something even more beautiful.