Shandrew the Ranger And The Ruins of Saissac, Fortress of the Trencavels
Posted on: 2015-02-20

After many days of scouting through the forested slopes of the Black Mountain, the level 5 ranger Shandrew came upon the ruined keep of Saissac. 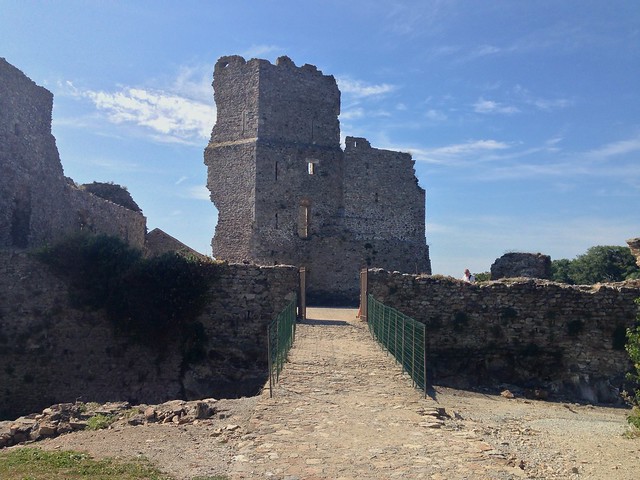 What secrets did these ancient blasted stones hold? Was there treasure? Danger? Glory? Or at least a bathroom somewhere? 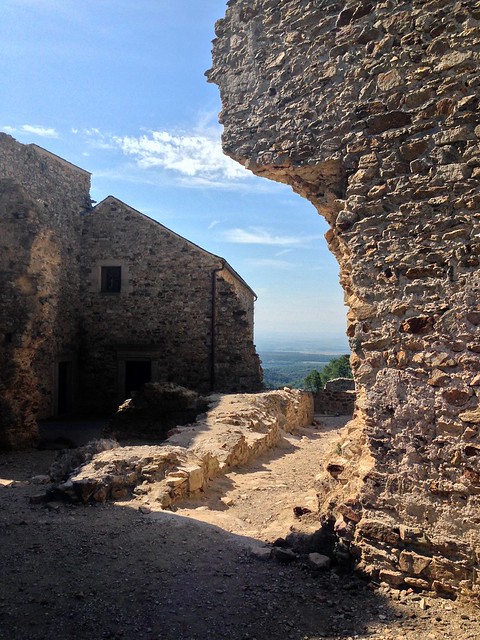 The castle was old. For over a thousand years it had dominated the ravine of Vernassonne, a key entrance into the Black Mountain. From its commanding promontory, it had jealously watched all comings and goings in the vast valley below. 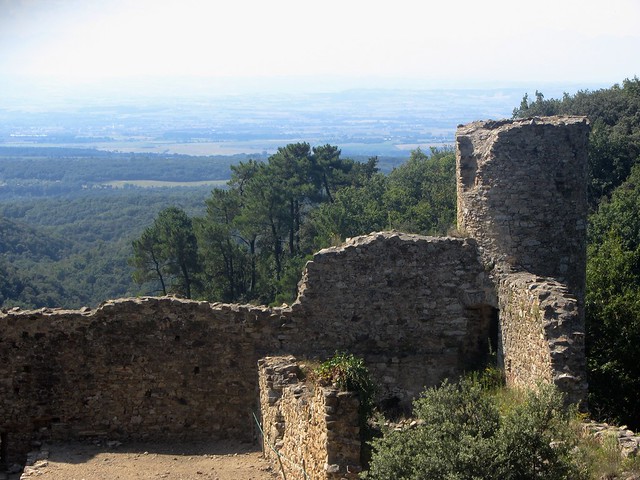 Standing proudly through wars and revolutions, the fortress finally succumbed to treasure hunters, drawn by rumours of gold. Convinced that the walls held valuable secrets, they had blasted and torn them apart, ruining the castle for its secrets - secrets which it didn't give up to these savage, unworthy men.

Stepping quietly through the ruins, Shandrew explored the forecourt and the first set of chambers. The ruin here was so complete that trees grew out of what had once been the proud dwelling quarters and guard posts of brave warriors. Behind, the half-demolished towers still stood, hollow but proud. 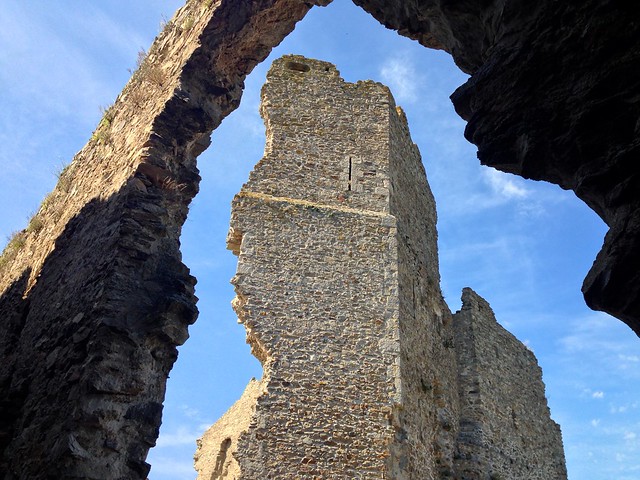 Descending a flight of stairs, Shandrew found a half-exposed kitchen, arched over in fitted stone, ovens winking in the slanting daylight. What treasure this place may have held must be long gone. 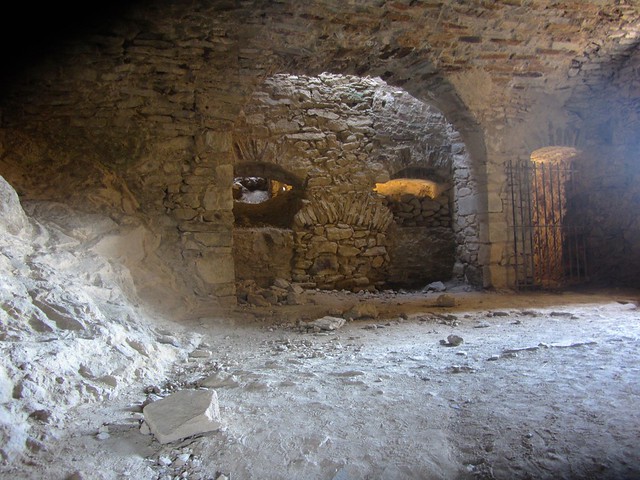 But wait? What was that sound? Something else lives in this place! A flash of motion at the edge of Shandrew's vision - it is a mighty drake - a lizard of the rocks! 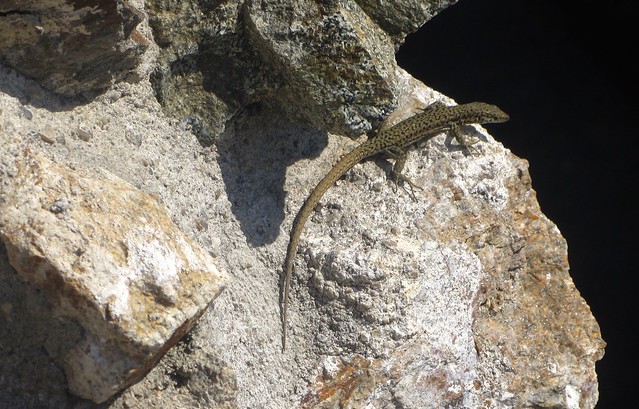 Itself startled by another presence in these shadowed chambers, the lizard flashed away into its hidden warren in the stones.

Shaken, Shandrew moved deeper into the silent ruins, coming at last upon a hollow tower, unclimbable since the wooden ladders had long fallen into dissolution. 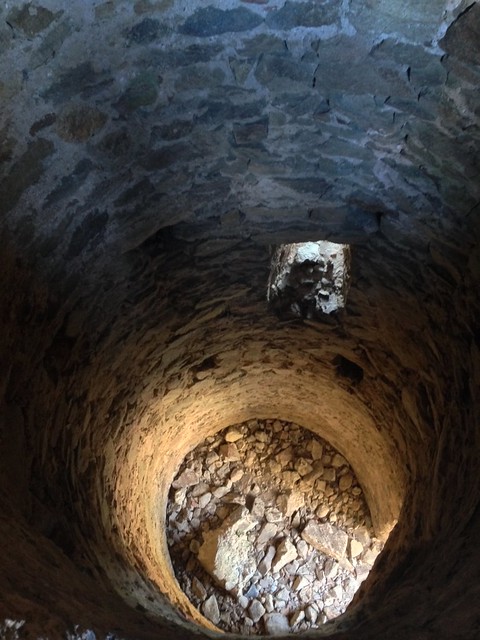 Exploring further, Shandrew came upon a square opening in the massy fortifications, providing a grand view deep across the March of Gothia to the peaks of Pyrene, guardians of the lands of Catalan. 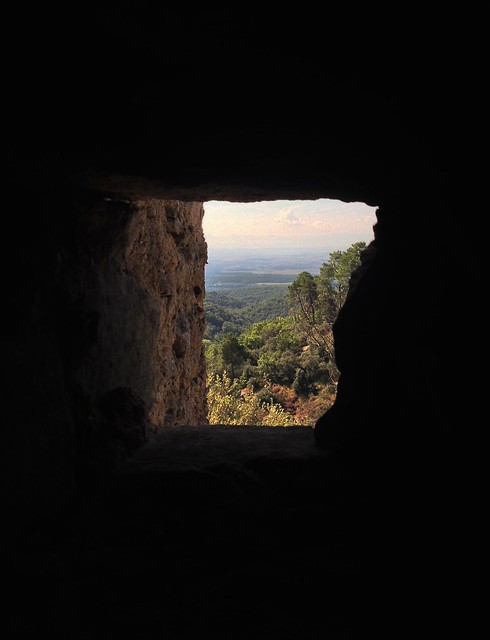 Shandrew delved deeper into the castle, finally coming upon a modern-looking door. This opened into a suite of chambers, warmly lit and filled with placards and cases. This was a museum! At the back, Shandrew finally found it: the treasure of Saissac! 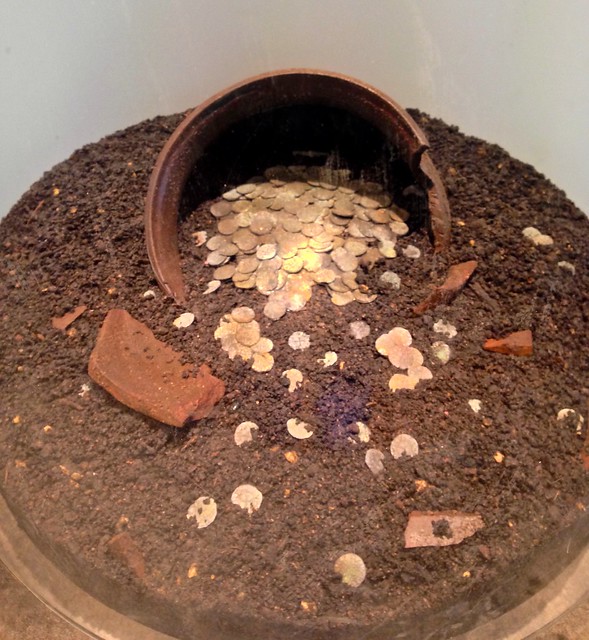 Saissac had not revealed its secrets to the treasure hunters who had defiled it, but instead to the restorers who had come decades later to return the castle to something of its former glory. What had been hidden from destruction had been revealed to restoration. Alas, the coins were behind glass and jealously guarded.

Happy, though, to know they had not been plundered by the unworthy, Shandrew quietly left the castle, to continue wandering through the lands of the Cathars.