After a 90 minute flight, we landed in Toulouse. We were now in France! Compared to the chaos of Venice's Marco Polo, the Toulouse airport was clean, calm, and efficient. We asked about bus schedules at the information booth - it was our first real transaction in French.

I don't know Italian, so I spent a lot of my time in Venice pointing at things and reading stuff out loud. In France it was going to be different. I grew up in Ottawa and I took French in school from kindergarten, and while my grammar is terrible at least I can understand it and speak it without too embarrassing an accent.

When travelling, though, some part of my psyche wants me to just fit in as if I was a local - so even in France I felt self-conscious about opening my mouth and clearly not being local. Of course I don't particularly look or act French, so I'm not sure why I felt so neurotic about speaking. Probably those poor grades in French class in Junior High haunting me all these decades later. One of the good things about travel is the shake-up in your context and your daily routine can help you understand yourself - and your neuroses - better. 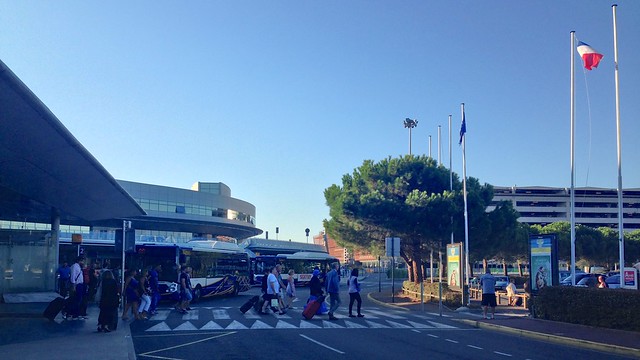 Anyhow, after a lot of smiling and nodding and asking people to repeat themselves a bit more slowly please (the local accent took a little getting used to) it turned out we had a bit of time to wait for the bus. It was a sunny warm day so I looked around and tried to get a sense of Toulouse and this part of the world that was new to me. My first impression, as I looked over the low-rise modern offices under a cloudless sky, was that I was in Silicon Valley. This could easily have been Mountain View, Palo Alto, or Cupertino. 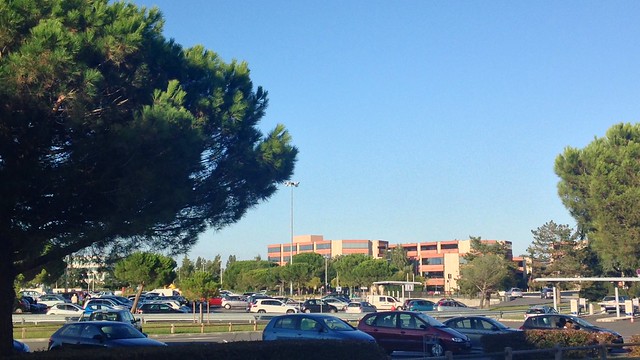 I wasn't too far off - this part of Toulouse (Blagnac, actually) is the headquarters of the giant aerospace company Airbus, and the surrounding area is full of technology and engineering offices, all built up over the last few decades - just like Silicon Valley. In fact, the area is sometimes known as Aerospace Valley. Why is it that the jobs that involve sitting in the dark indoors are so often in the places with the most lovely weather?

The bus finally came and we stumbled on with our giant hiking backpacks. We noticed that we were the only people on board who were carrying such large bags and wearing such rugged outdoorsy clothing. It turns out the French aren't as much into hiking as Canadians. Soon, though, a German couple staggered to the back of the bus under the weight of their giant backpacks. We nodded at each other with a bit of a smile - in France only the Canadians and Germans are this crazy! 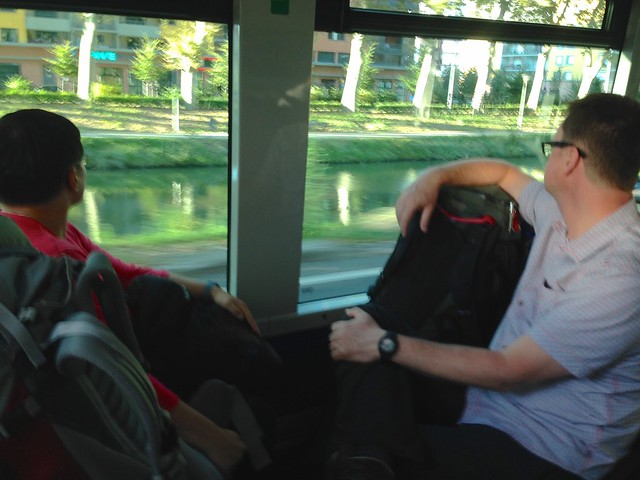 The bus wound into town. Toulouse is a big city - with more than a million inhabitants, it turns out. It has a large university and a lively, vibrant downtown. We weren't going to be spending a lot of time in Toulouse, so I tried to get a sense of the place just from our bus ride in. After Venice, it was interesting to be in a modern city with a variety of architecture.

Our hotel, Hotel Riquet, was a few blocks from the train station. Checking in at the front desk was our second transaction in French - Shannon is less neurotic than I am about French and so she ended up doing most of the talking. The room was pleasant and had a nice view over the hotel's courtyard and the surrounding apartments. 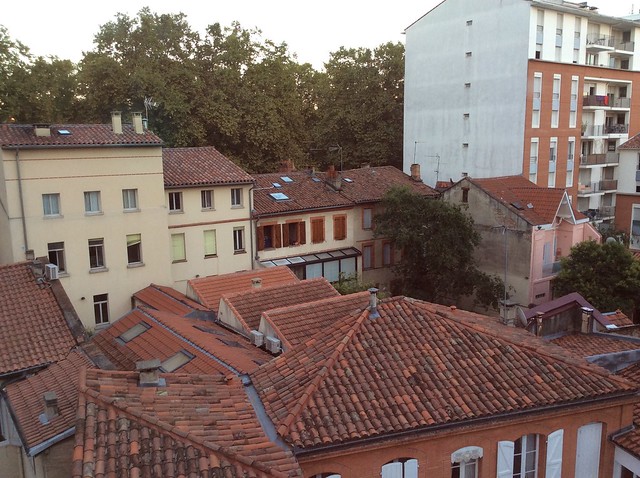 After a brief rest, we decided to try and find a place for dinner. Checking my phone, I found a nearby area that seemed to have a lot of restaurants and bars, so we headed there. One of the weird things about the first few hours of being in a new city is that you don't know what the signs are that differentiate a good neighbourhood from a bad one. Are graffiti-covered storm shutters just normal for city life here, or a sign of a place that's falling into chaos? To be honest, with southern France's macho culture, it was hard to tell at first if the guys walking by were hoodlums or just nice young men who dress and act that way to fit in.

It turned out, of course, that we were in a perfectly fine part of town. We were finally in France, a country known world-wide for its excellent cuisine - so of course we ate at an Indian Restaurant. It was interesting to see the differences between the French versions of Indian food and the Anglo versions we were used to. 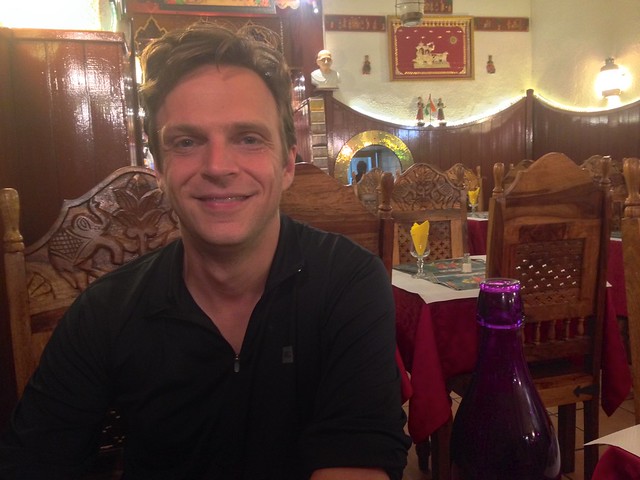 Happily fed, we walked back to the hotel - now we were more used to Toulouse, we had no trouble wandering the streets in the dark. It's funny how it can take only a few hours to get at least some feel for a place. Back in our room, we looked out the window and discovered the back courtyard lit up like something out of Tron. 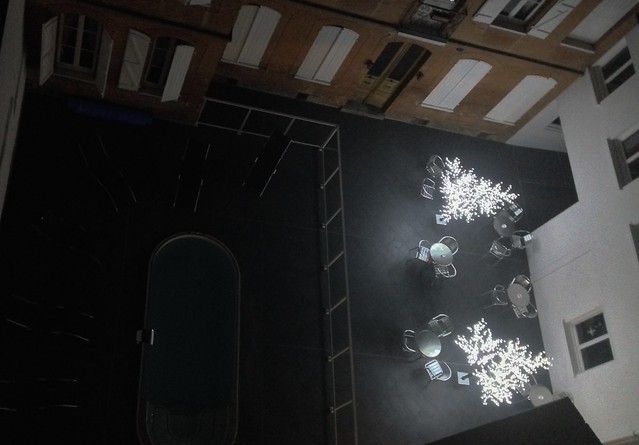 Tomorrow we would start our hike!