Today was the start of our big hiking adventure! But first we had to get out of the heart of Toulouse. We got up, had surprisingly good instant coffee in the hotel room, packed our bags, and headed out.

Checking out of the hotel, we noticed the signed pictures near the front desk - it seems that the Hotel Riquet is popular with visiting actors. Supposedly a number of the Game of Thrones cast had stayed here recently. The concierge pointed to the nearby courtyard patio, and said that Ser Jorah Mormont ate paté de foie gras there a while ago.

We hefted our bags onto our backs and headed to the palatial-looking train station: 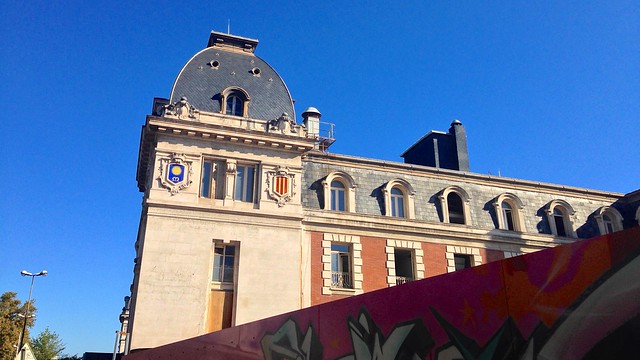 ... and soon after got onto a less palatial but certainly (if inadvertently) colourful train. 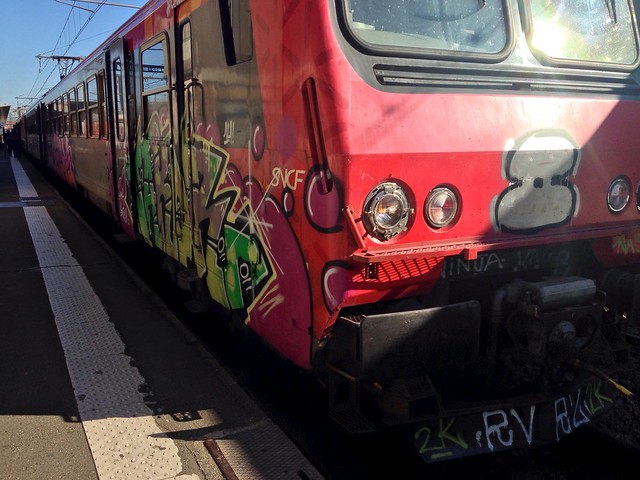 After forty minutes of rushing through the sun-drenched countryside, we got off in Castelnaudary, the start of our hiking trip. That was the last vehicle we would be riding in for ten days.

We headed into town, taking a footbridge over one of the main reasons that we had decided to take this route: the Canal du Midi. 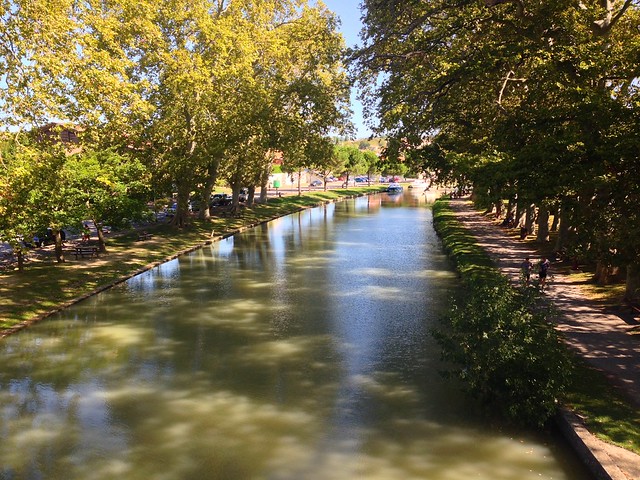 We headed into the heart of the town. I had hoped to get a SIM chip for my iPad so I wouldn't have to be as dependent on WiFi. We had had unlucky timing in Toulouse, arriving just as most shops closed. We went to the post office in Castelnaudary to mail some of our heavier unneeded items home, and they didn't sell no-contract SIM chips. The tourist office, while friendly (especially when dealing with cranky Germans), couldn't help either. It turns out that the only shop in Castelnaudary that might have SIMs had recently moved to the outskirts of town. Since we were on foot, that wasn't much of an option.

The downtown was rather closed up - this was the start of what would become a rather regular pattern of us showing up in a town in the hot mid-day when everyone has closed up until things cool off.

We needed a hearty lunch before we started our day's hike, and happily enough, Castelnaudary is famous for a particularly hearty dish: cassoulet. It's a slow-cooked bean casserole with sausage, pork, and duck added. It was supposedly invented during one of the many grim Medieval sieges that Castelnaudary endured - when everybody put different leftover ingredients into a common crockpot. Everybody we talked to recommended a different place, but many seemed to be closed. We finally found a lovely restaurant, famous for its cassoulet, La Belle Epoque. I'm not one of those take-a-picture-of-every-meal types, but for this epic dish I made an exception: 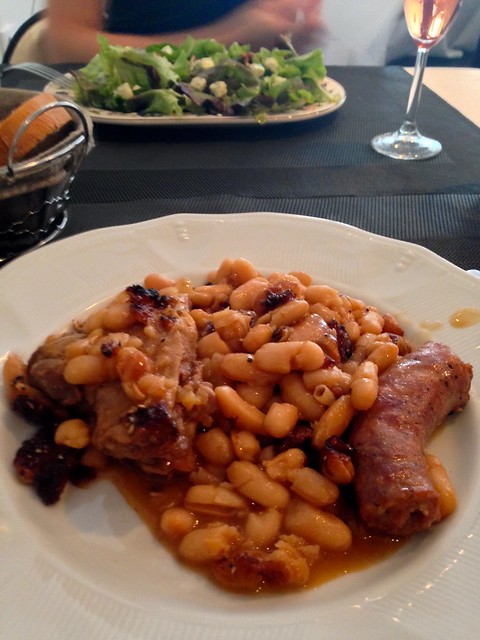 Fortified, we found an open supermarket and stocked up on water and bread and cheese, and we were ready to start walking. 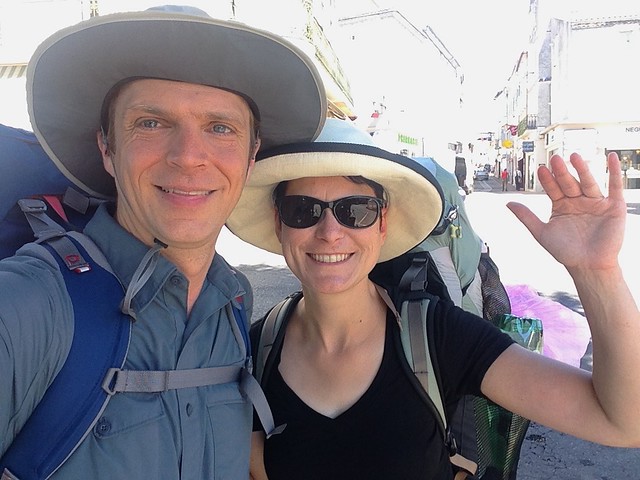