This whole trip to Europe had been organized to ensure that Shannon spent her birthday in Padua and at the Palace of Reason. She had been here before many years ago and vowed that she would return.

So here we were. I had heard her talk about the Palace of Reason for years, but she never really described it in much detail. I always sort of assumed it was some "Age of Reason" temple with a love of geometry, perhaps with some Masonic references. In fact, as we headed to the train station in Venice, I saw a small church that looked exactly like what I had expected: 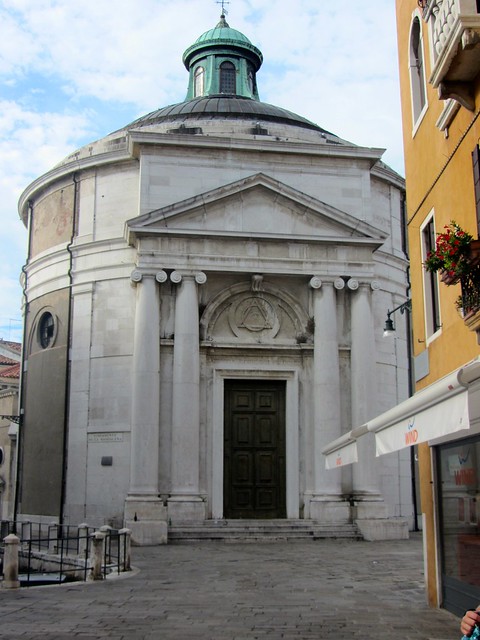 But when we turned a corner and Shannon pointed to a long building along one side of a large market square, I knew this was going to be something completely different. 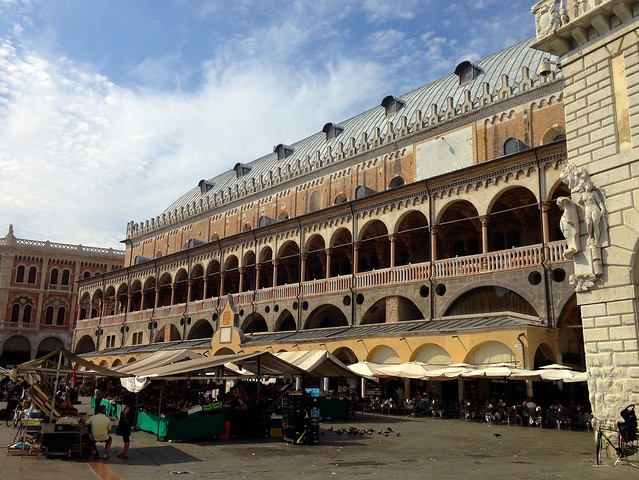 As we climbed the stairs I admired the frescos on the arched ceiling above. 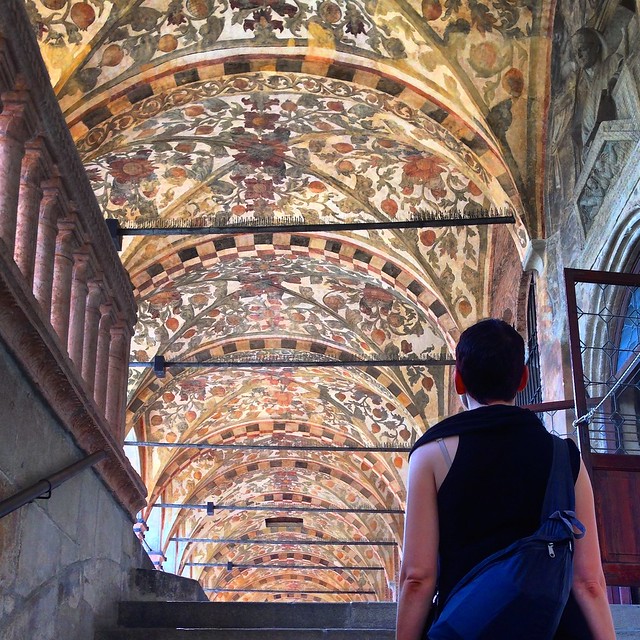 "Nice, but a little obsessively detailed," I thought.

Clearly, I had no idea what was about to come next. We turned right and entered the main hall.

Two things strike you at first about the Great Hall of the Palace of Reason:

First, it's huge. It's over 260 feet long, almost 90 feet wide, and almost 80 feet high - which by itself is pretty impressive for something that was built in the early 13th century. But then you realize that this space has no columns. The ceiling is entirely self-supporting. Turns out it's one of the largest rooms in Europe, period.

The second thing that strikes you is the walls. Every inch is painted. The surfaces have been divided into hundreds of little cells, each with its own allegorical image. All these little vignettes combine with the massive scale of the place to thoroughly overwhelm the unprepared visitor. 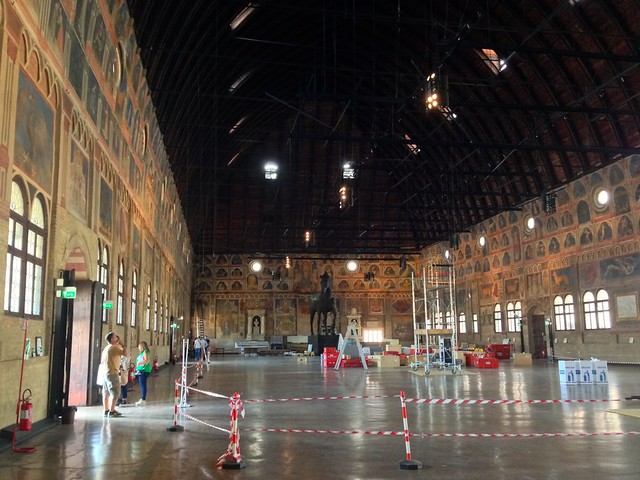 (This is something that doesn't come across very well in photographs. You have to see it in person to believe it.)

So "Palazzo della Ragione" does not imply a temple of calm mathematical rationality. Instead, it's the traditional medieval Italian term for the building that houses the law courts and city administrative offices. The large space used to be divided into three courtrooms, and it was in one of these rooms that Galileo Galilei (at the time a professor at the University of Padua) was called on to explain his dangerous ideas about the earth going around the sun. The Galileo connection is presumably why there is a large pendulum set up in one corner: 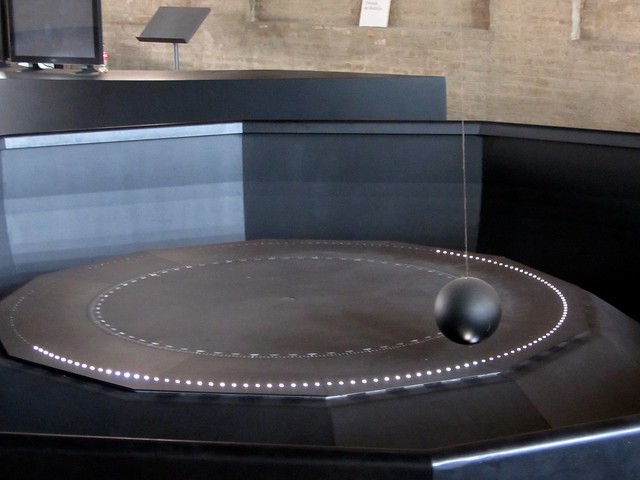 There's also a giant statue of a horse. Because. 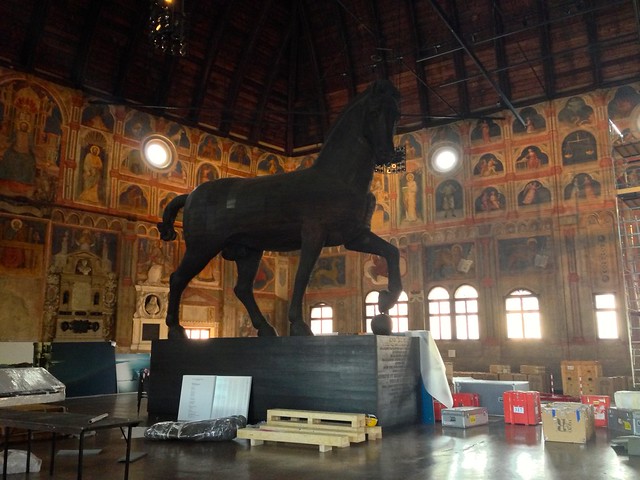 But the dominant feature is the frescoes. The current set were painted between 1425 and 1440. By this time, as John Ruskin explains, Venice had already passed from the individual natural expression of the Gothic to the poor artless derivatives of the Renaissance. It seems safe to say that this aspect of the Renaissance might have come a little bit later to Padua. This is clearly not a slavish reproduction of some ancient Roman original. This is definitely an expression of individual vision. 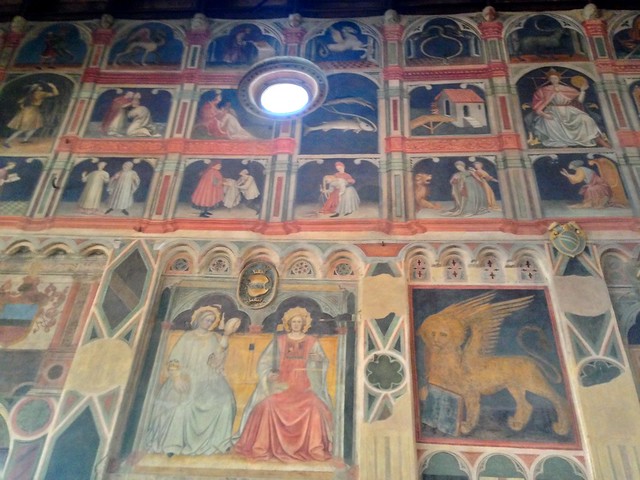 There is a method to all of this, though. The frescoes represent the cycle of the year and the seasons, starting from one corner and circling around the entire chamber. Each period is represented by its sign in the Zodiac, the saints who have their days in that time-frame, related Gods and other mythical figures, and general aspects of life in the city and the country for that time of year. 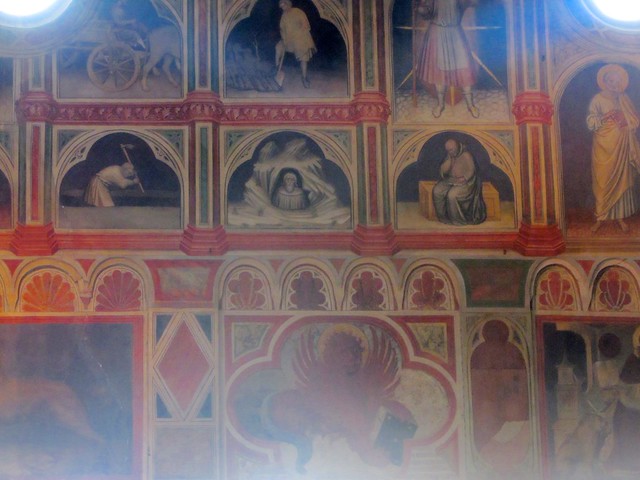 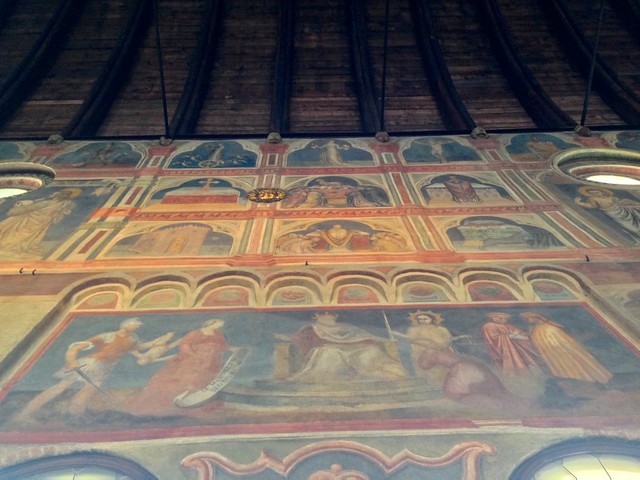 One could easily spend years in this room just to figure out all of the meanings on the walls, and a worthwhile lifetime meditating on the deeper meanings and connections between all of them. 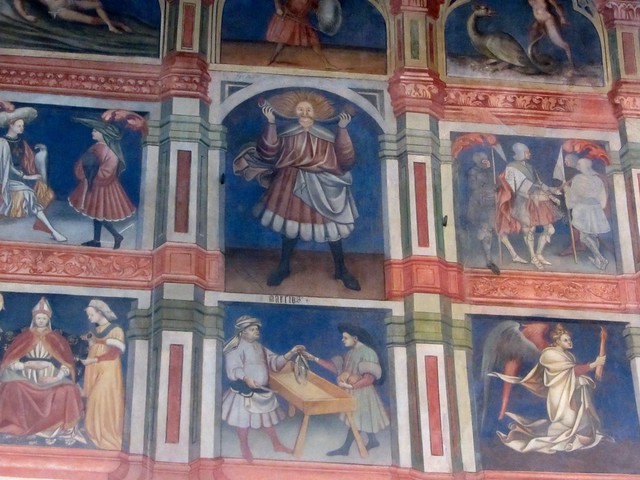 Shannon, whose idea it was in first place, was happy to be back. I like that the one place she most wanted to see again wasn't a cold exercise in logic but rather an overwhelming feat of engineering and obsessive allegorical art. 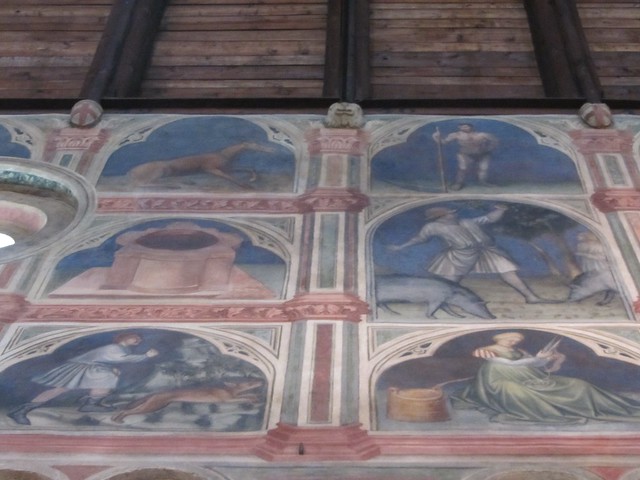 We finally had enough, and stepped out into the balcony colonnade. The same floral decorations that I had found overwhelming at the start now seemed refreshingly abstract and clean. 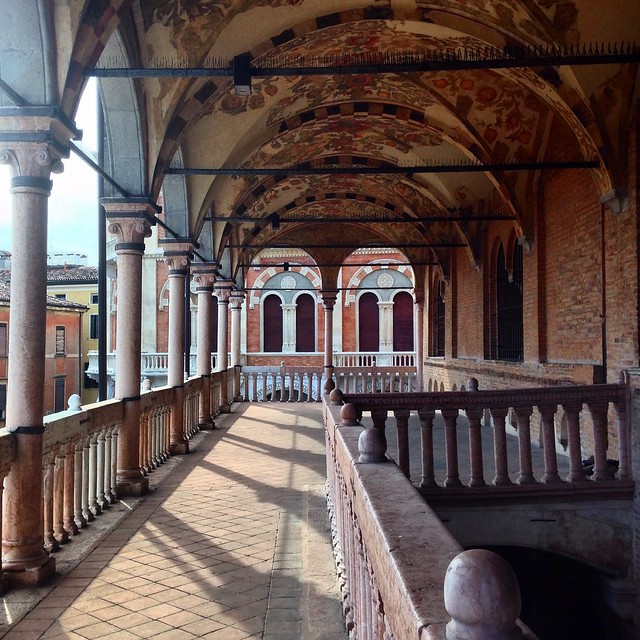 When one travels in a place like Italy, it's easy to get jaded about spectacular architecture. The first baroque church is fascinating, the tenth one not so much. However, I can safely say that the Palace of Reason was completely new and completely different - and left me a changed (if exhausted) person.