The Halifax Convention Centre and the Citadel View Symptom
Posted on: 2011-08-16

The big news in Halifax this week is that the Federal Government has finally followed the local and provincial governments and made a commitment to help fund the Convention Centre / Argyle development from Rank, Inc.

Opinion is still quite divided about this project, with some groups praising it as the start of an overdue revitalization of downtown, and others thinking the money could be better spent elsewhere. I don't really have that much trouble with the cost of the project, although I will be pleasantly surprised if it actually gets all of the business tenants and convention business that its boosters claim.

My biggest concern with the convention centre is that it is a very large, very expensive project in the middle of the old part of downtown. The developer managed to get an exemption against the usual height limits for this area. Much has been made about the fact that the buildings will likely block the view of George's Island from the Citadel - I'm not actually a Save The View partisan, but I do walk over the Citadel almost every day to get to work, and I'm familiar with the view lines, especially from the tourist-friendly east entrance. For me, the problem isn't so much the specific fact that the view will be blocked, but that it's a symptom of the kind of project that this is. We can see how other similar projects have fared in the city - conveniently enough from the top of the Citadel. Let's take a look at what we can see.

As we look out over the city - taking in the view that hundreds of thousands of tourists see every year - the dominant feature is … the tarpaper and gravel roof of the Halifax Metro Centre: 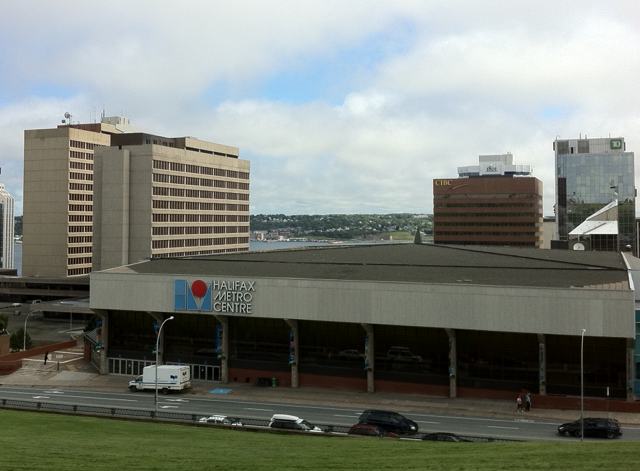 … and behind it more empty gravel rooftops and the uninspired brutalist towers of Scotia Square.

Looking a bit to the north, we see brick "international style" offices and apartments, vaguely reminiscent of suburban Warsaw: 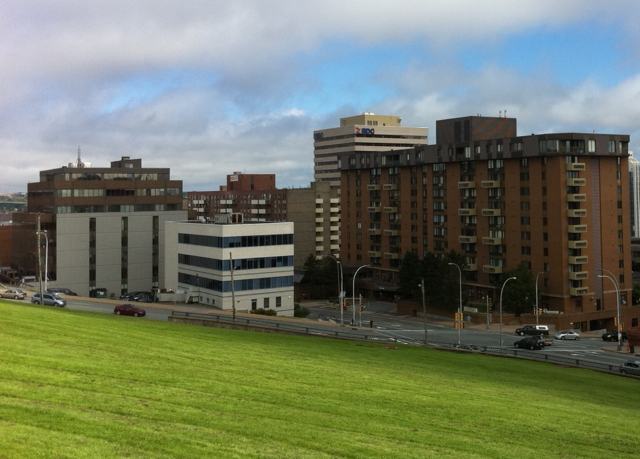 These were all part of the same "urban renewal" movement that spawned the Cogswell Interchange. Most of this part of town was a bit of a slum by the middle of the century, but if it had been kept, it would probably be gentrifying frantically by now, and would be lively, interesting part of the city on par with the South of Morris neighbourhood and Agricola. If "urban renewal" had had its way, the hugely popular waterfront district, which now defines the city, would have been a freeway. This was stopped (by, among other people, my father) leaving the Cogswell Interchange as a dead concrete reminder of what might have been.

If we peek around the corner, we see that people in 1967 considered the best way to celebrate a century of nationhood would be to tear down houses, install a parking lot, and block most of the view of the harbour and the neighbourhood with the flat patterned rooftop of the Centennial Pool. Behind it you can see some of the houses which at the time were a slum but are now the pretty signs of a unique neighbourhood. 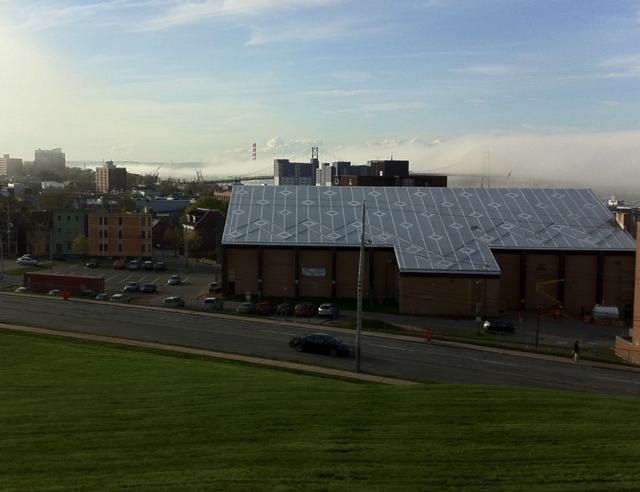 Coming back around, the white edges of the iconic clock tower disappear into the white of the "Homberg" building directly behind it (which at least has an interesting shape and garden terraces). Between it and the tall concrete bunker of the Aliant building, we have a view of George's Island, most of which will be blocked, from this popular viewpoint, by the new Rank development. 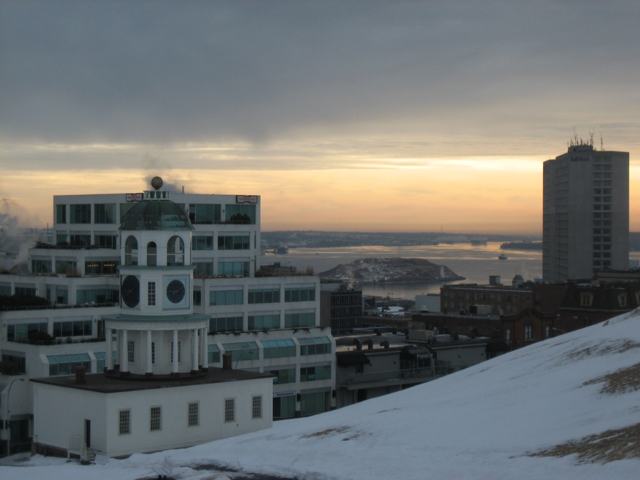 If we crane our necks, we can see a few buildings at the edge of our view to the south, anchored by the majestic Second Empire NSCAD building at the corner of Sackville and Brunswick, and the buildings next to it, which are fairly recent but have been built to harmonize architecturally with their neighbours. 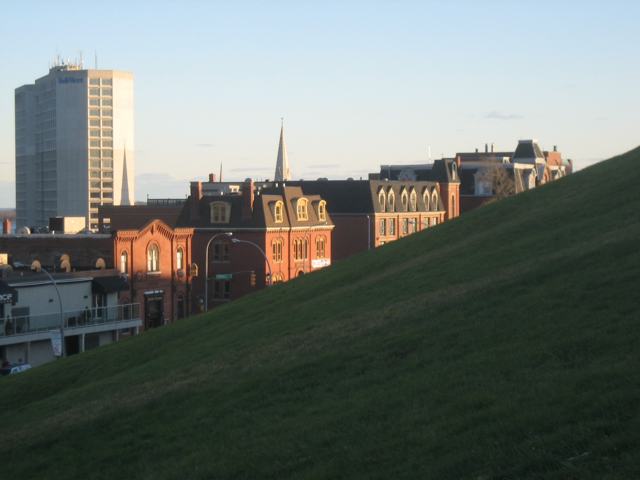 From this one vantage point, we can see the track record of oversize "saving downtown" developments in Halifax. These don't inspire a lot of confidence that this new one will do much better. I might be more interested if the office towers didn't look so generic in the sketches. For half a billion dollars, couldn't we get something more distinctive, if not iconic?

Here's the look for the new library, just around the corner on Spring Garden: 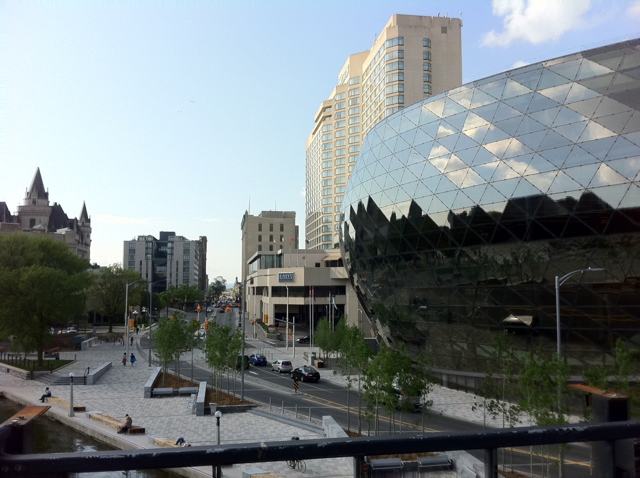 If the new Convention Centre looked so great, I don't think I'd mind it blocking the view so much. But I'm afraid it will turn out just like all of the other projects that dominate the view from the Citadel: poorly planned money-grabs pushed through without concern for history or the surrounding area.

I'd love to be proved wrong - I guess we'll find out in a few years.