I managed to be at the opening performance at the Four Seasons Opera House last night. The performance of Das Rheingold was fantastic, but the real star of the night was the opera house itself. Following are some pictures I took.

We sat in the very last row of the top balcony, but the sight-lines were great and every note of the music was perfectly audible. The opera house is right on top of the Yonge subway line, and my biggest fear was that we'd hear the trains rumble by every few minutes, but I didn't hear a single external sound at all.

It was also nice to be able to watch an opera with a serious crowd - there wasn't a lot of crinkling candy wrappers, cell phones going off, or 'whispered' conversations.

The shadows of expensively-clad feet on the glass floor above. 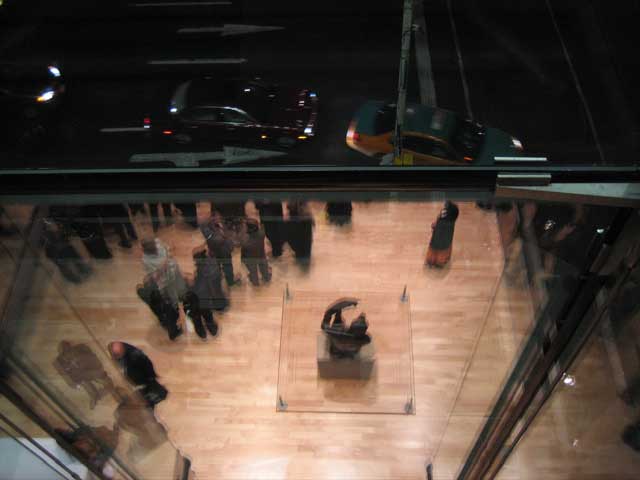 At night, the reflections from inside the building mix with the light and bustle of downtown Toronto. 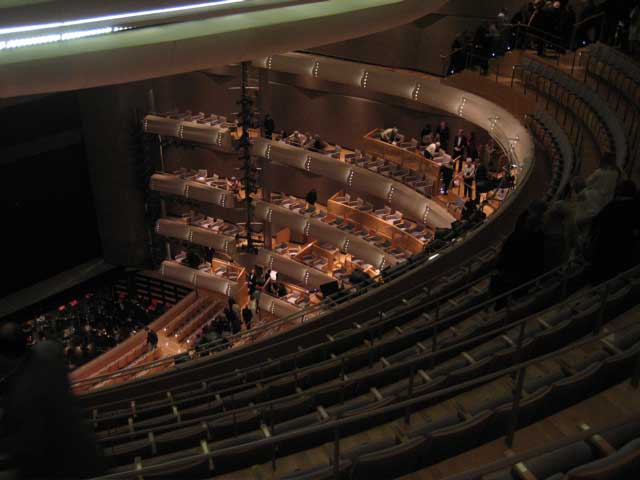 I managed to sneak a few shots of the interior seating. 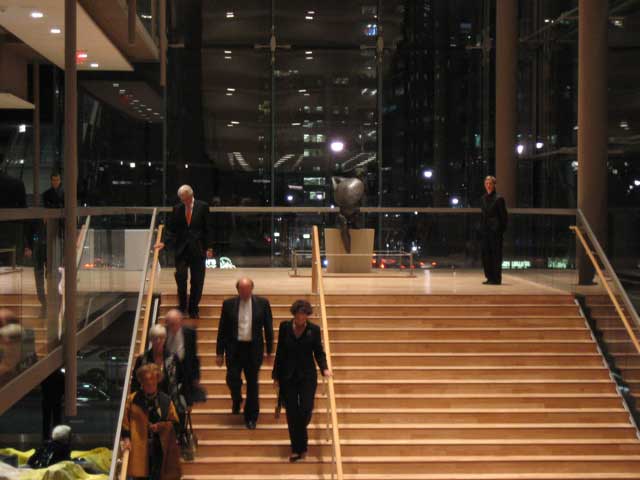 We almost closed the place - a lonely usher standing near the Henry Moore sculpture.

Das Rheingold, at a mere two and a half hours - without intermission! - is my favorite of the Ring Cycle operas: the narrative is a little tighter and the ratio of great music to meandering through-composed semi-recitative is significantly higher than in the later operas.