One interesting sideshow in the crazy circus that is the 2016 US election has been Cape Breton if Trump Wins site. It started as a one-off joke and has ended up going viral and having a much wider impact than expected (I sort of know what that's like).

Another recent news item out of Cape Breton has been the oversized "Mother Canada" monument that was planned for the Cabot Trail. I had already spoofed that and thankfully it looks like that project won't be happening.

I got to thinking, though: big statues. Cape Breton coastline. Escapees from the rising authoritarianism in the US. Then it all came together, and I just had to make it a real thing: 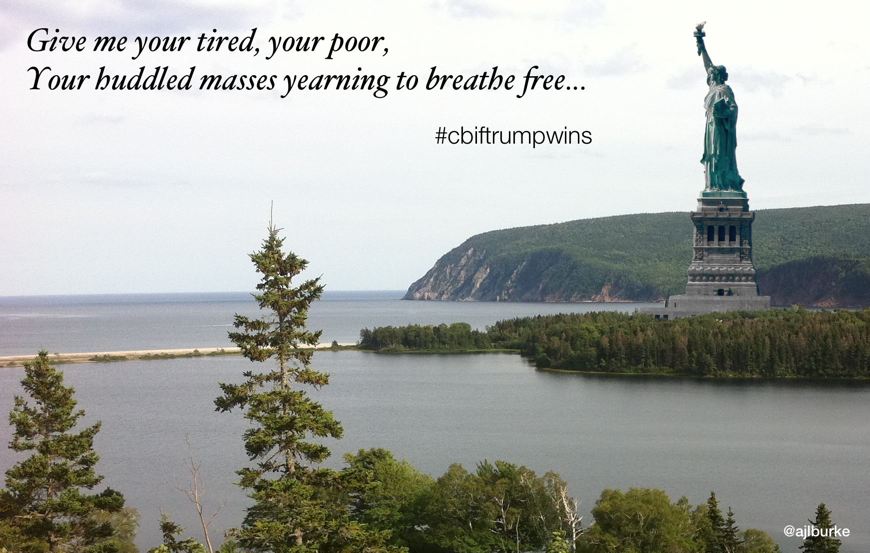 I added the text for maximum virality, but here's a larger text-free version: 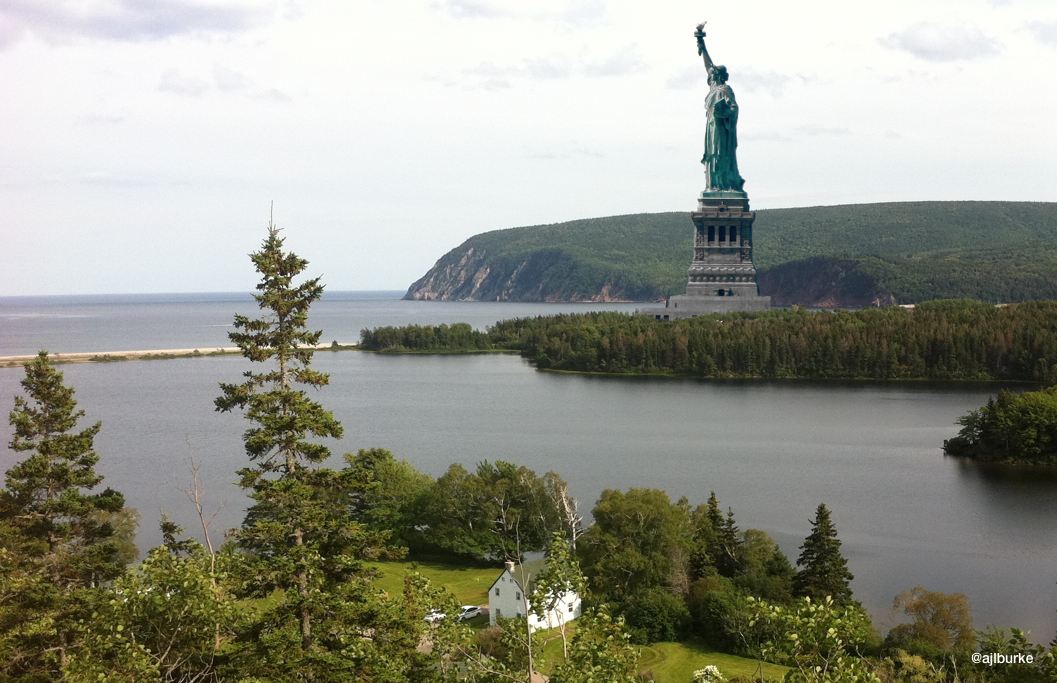 If you're curious, both the original shots of Cape Breton (near Ingonish Beach and Keltic Lodge) and the Statue of Liberty (with a zoom lens from the Brooklyn Bridge) are my own, from various trips.