We had made it to Castelnaudary. We had eaten well. We had stocked up on bread, wine, and cheese. We were ready to start our first day's hike.

We walked through Castelnaudary to the reservoir on the eastern side of town. The far end of it had the first of many locks that we would be seeing over the next while. The Canal du Midi system has locks every kilometre or two, each with a charming lock-keeper's station, and some with a larger mill. 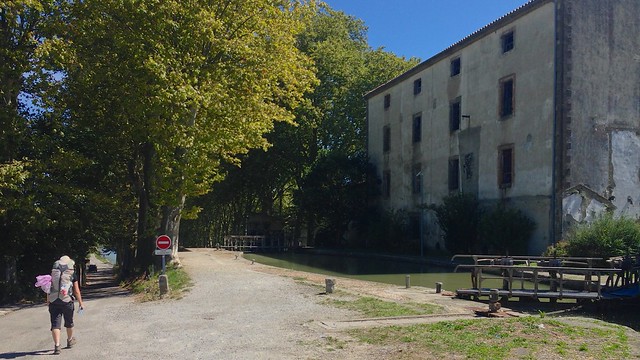 Walking alongside a canal is a pleasant way to start a hiking trip: this canal was built for barges which would be pulled by oxen on paths alongside. The paths are still there, flat and mostly straight and right next to the water. To keep the water from evaporating in the hot southern sun, the length of most of the canal is planted with large evenly-spaced plane trees which form a green canopy overhead, providing cool shade and lovely dappled light over the water.

We passed other hikers, as well as small children feeding ducks. 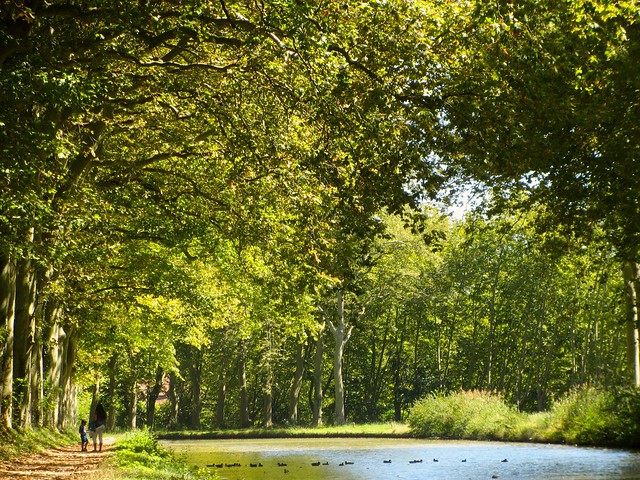 Sometimes if the nearby vegetation cleared, we could see the Pyrenees mountains, along the border with Spain, in the distance. 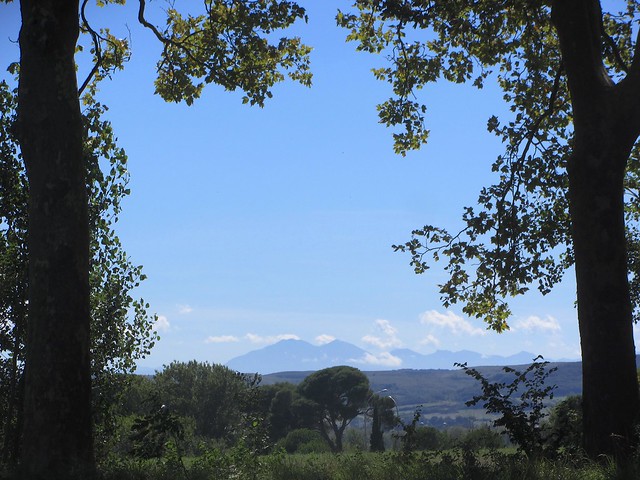 We definitely felt that we were in France: we had baguettes strapped to our backpacks, and hip flasks of local wine - although under this hot sun we drank a lot more water than wine. 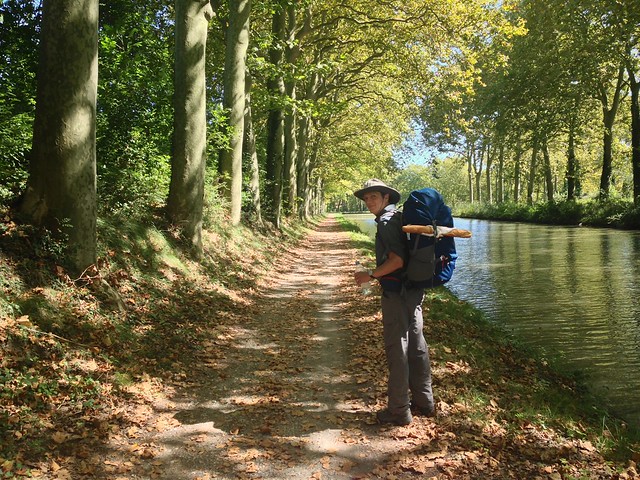 Each canal-side lock station was more charming than the previous one: 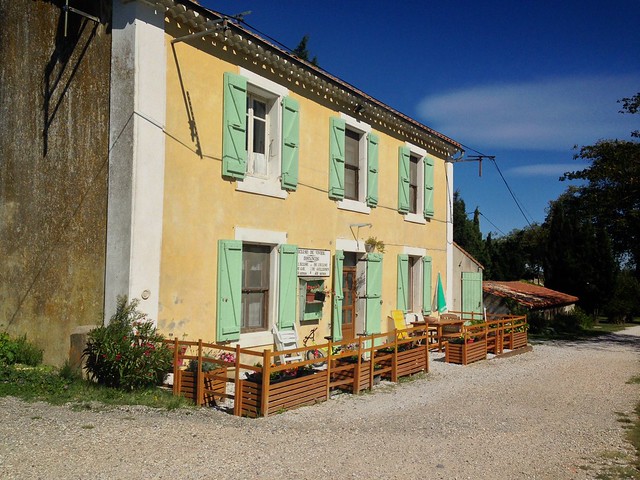 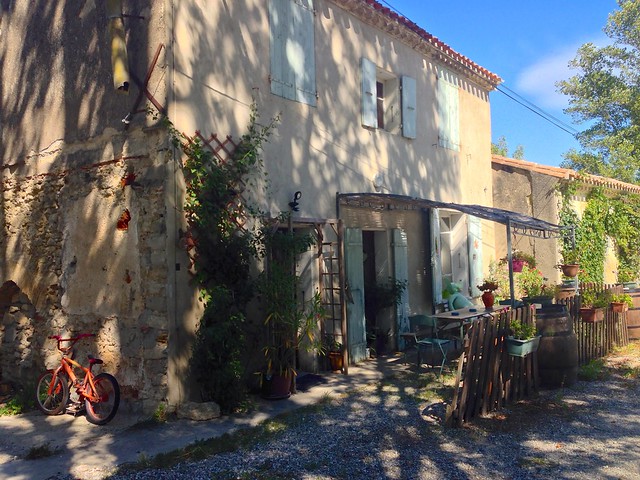 We took occasional bread-brie-and-wine breaks alongside the calm waters. We were slightly ahead of and moving a bit faster than a vacation barge, so we were able to watch the locks operating as we passed.

I grew up in Ottawa, which has a notable and scenic canal of its own, and I remember the locks there being staffed by summer students, often in 19th-century historical dress. The main locks in Ottawa are operated manually, and tourists would gather to watch the costumed crews turning big metal cranks in the hot summer sun. On the Canal du Midi, the locks all have push-button controls. When a boat is drawing near, the keeper presses one button to fill the lock. Then once it's arrived they push another button to start the drainage process. No frantic pumping or sweat at all - to be honest, I felt a little cheated. 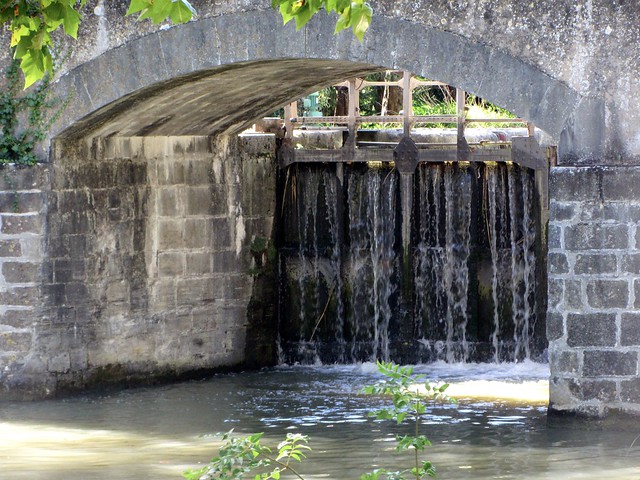 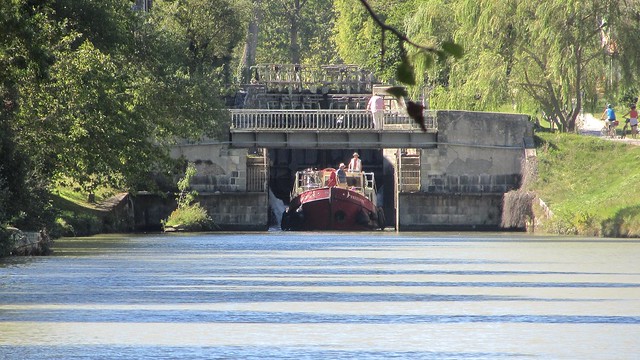 After about two hours of pleasant canal-side hiking, it was time to turn left and head up into the hills. 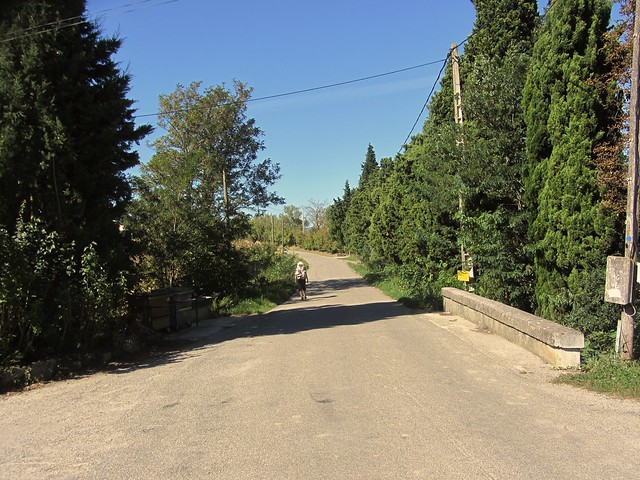 As Shannon walked ahead, I backed up over the bridge and got a last shot of the canal. 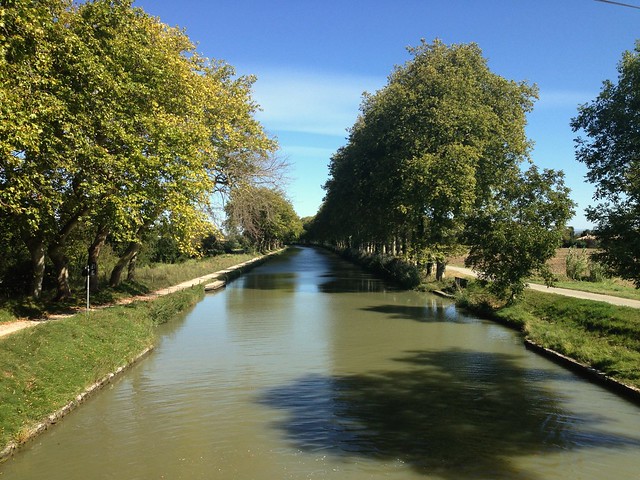