I walked out of the Bay Subway Station at Bellair and there was smoke everywhere and trendy people in black taking lots of pictures. Turns out Sassafraz, the upscale restaurant for Hollywood types and their wannabees had caught fire.

Although I could see flames coming out of the chimneys, the Toronto Fire Department seemed to have the situation well in hand, dousing the roof from multiple directions. Before they moved us all along, I got these two shots with the crummy camera in my phone: 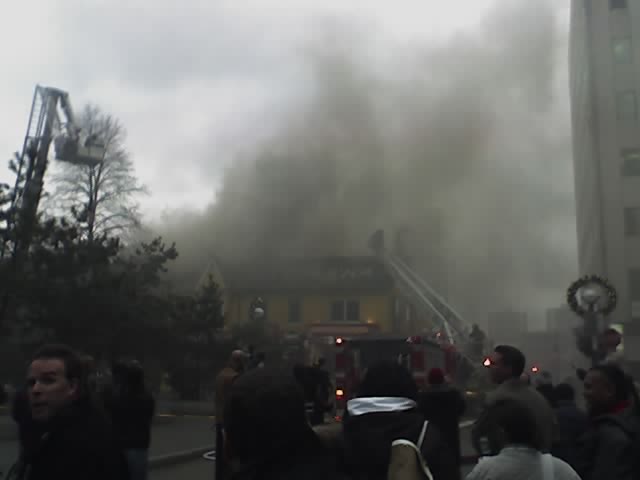 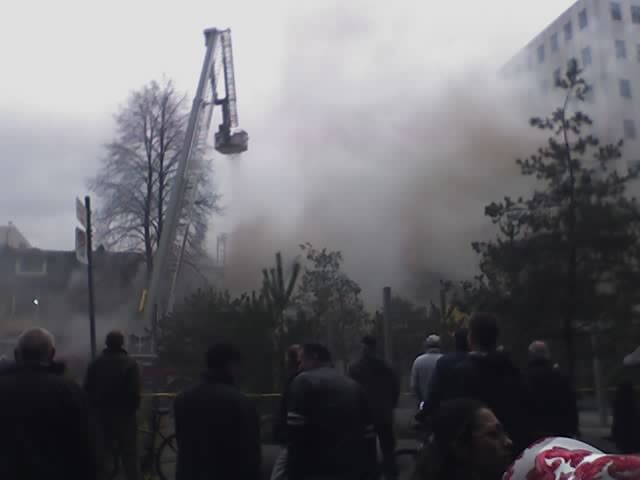 Although there were some stunned-looking cooking staff standing around, it seems that nobody else was hurt, thankfully. It must be terrible for the staff and the owners, since no doubt they were booked solid with expensive Christmas and New Year's parties and events for the next three weeks.

I walked by about an hour later and while the roof had some new holes in it and it was still being doused, the building was still standing. Hopefully they won't have to tear it down - knowing Yorkville these days, it would end up being replaced by a 30-storey luxury condo building.