For the last three years my partner has been working on her PhD in the History of Consciousness department at U.C. Santa Cruz, and I've been flying out to visit her fairly regularly. She's coming back to Toronto to work on her thesis and I just got back from my final visit to Santa Cruz. It's been quite an experience sharing my life between two very distinct parts of North America. 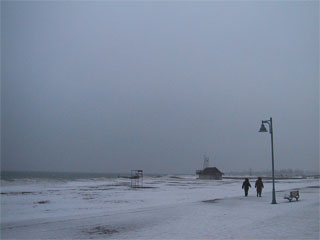 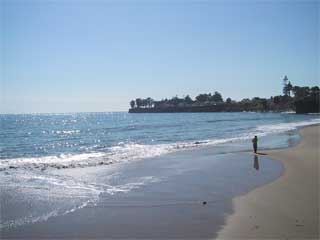 Both of these pictures were taken in February. The flight takes five hours, but it feels like travelling forward six months.

Santa Cruz is in many ways paradise. The beautiful weather is matched by the beauty of the coastline and the attractive-for-North-America architecture. The culture has a strong vein of tolerance and whimsy. It's always summertime and the living is always easy.

Well, sort of. Among my memories of the last three years:

But it's not all bad. The one memory I will always have from Santa Cruz is: