I'm learning how to paint on my iPad Pro by "tracing" stills from Tinker Tailor Soldier Spy and sharing the results here.

The third random still from the movie turned out to be of this guy - it's hard to believe someone can look so 1970s in 2016. I mean, look at that turtleneck! And that jacket! And that hair! 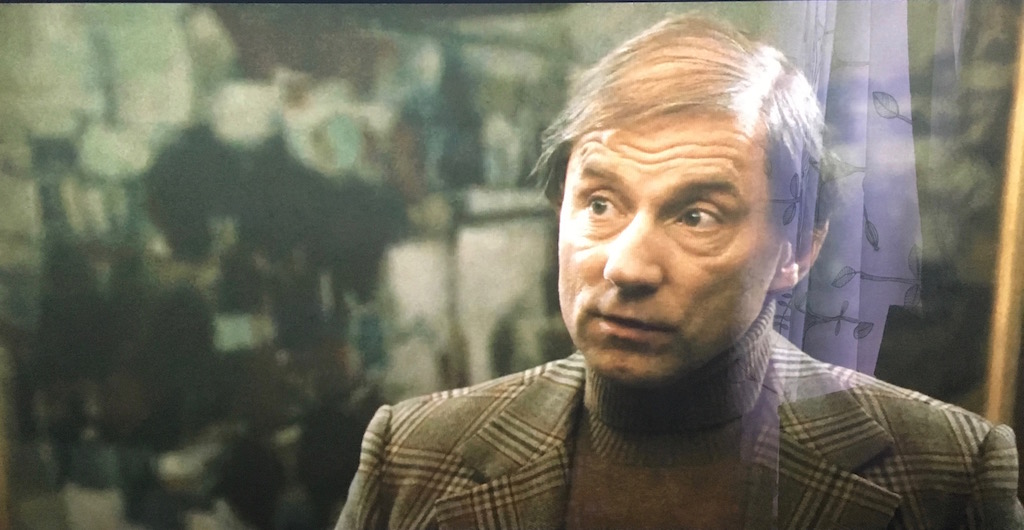 (The window reflection is extra distractingly strong in this one - sorry! I knew I would be painting over it anyhow.)

For this one I decided to try something a little different: I aimed for a more stylized comic book look. I've heard how comics are done first with pencil, then they're inked, and finally they're coloured in, each step often done by different artists. So for this I first did a light pencil sketch of the image. Then I hid the original and did ink over top of the pencil sketch. After that I hid the pencil sketch as well and worked on colouring in the image with big blocks of fairly simple colour. I originally just wanted to do the background as a washy watercolour kind of thing, but I ended up using the effect for the rest of the image too. 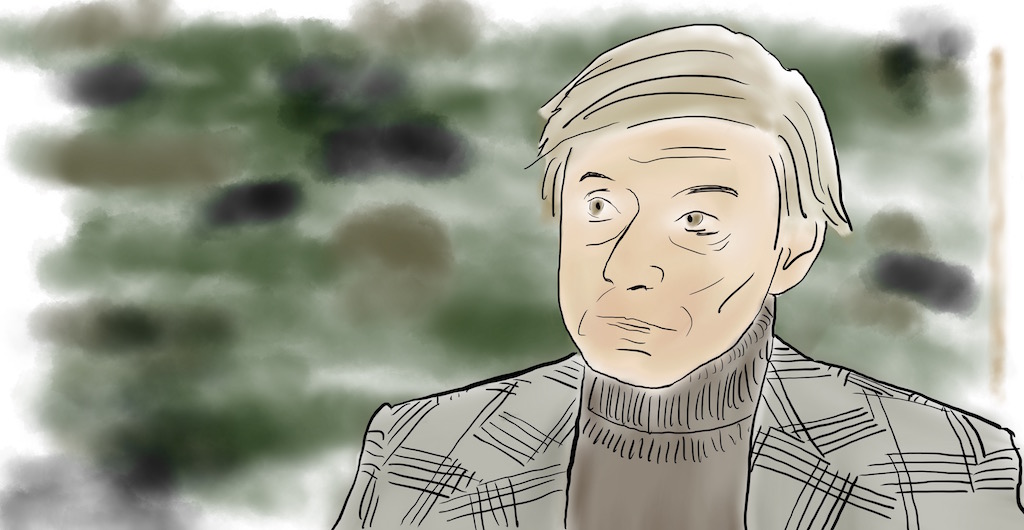 Once again, faces are hard. The eyes and mouth took a lot of tries to get to something acceptable. This is why I like to work digitally - I can perfectly erase things and try again and again without damaging the rest of the picture. It was tempting with such a great face to try to add every line and wrinkle, but I'm glad I didn't. I kept the heavy detail work to the amazingly textured clothing. This man's fashion sense is all about lines: the thick lines of his turtleneck, the crazy plaid of his jacket. I even got a bit clever and let the plaid shapes imply his lapels without my actually drawing them in.

The pen in Procreate with Apple Pencil is very expressive and responsive, and the resulting lines very much reflect the motion made while drawing them. I found that I had to be bold and confident while drawing with this - going slowly and hesitating made for squiggly, misshapen lines. I was reminded a bit of the swordmaster Musashi who applied the boldness and precision of swordplay to his paintings of birds.

I'm going to keep trying different mediums and styles as I work through this - hopefully I'll find something that really works for me.