Under a large tent in a tropical garden, mix the following:

Mix well for several hours. Make sure that some guests start drinking a non-alcoholic minty cane-sugar drink on the false assumption that they are rum-based mojitos. Make sure they overcompensate by drinking large glasses of Johnnie Walker Black Label on the rocks and Chilean red wine.

Once everyone has been dancing and eating and drinking for at least two hours, bring out a crate full of silly hats, whistles, flags, and other party favours. This is the most important part - remember, Bacchus is the god of wine, but also of silly party favours!

You'll know things are cooking well when it looks like this: 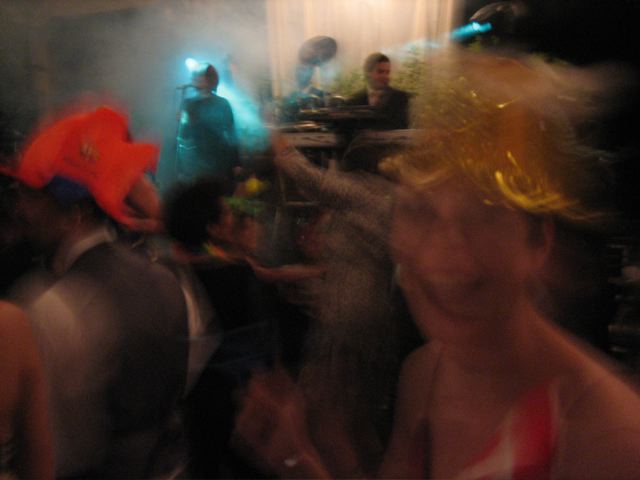 After the music has stopped and most people have left, have half a dozen of the drunkest Canadians go on stage and try to sing "Barrett's Privateers" but then forget the words about three verses in. Finish by having each of them trying to explain the song - and why it has become almost a second national anthem for Maritimers - to various groups of Venezuelans using simplified English and hand gestures.