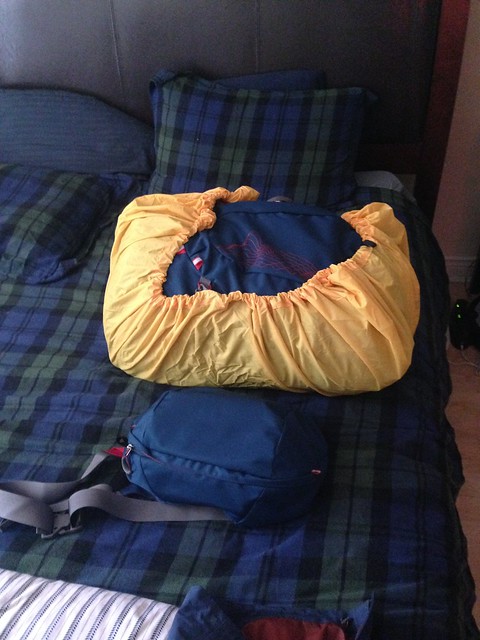 Everything was ready. After months of planning and preparation (not to mention a fair bit of nervousness) our trip to Europe was finally starting. A friend had kindly offered to drive us to the airport, and she was now waiting outside. We did a final check of our bags and said goodbye to the cats one last time, and we were on our way to Venice.

We had booked most of our trip using Aeroplan points, so our itinerary was a bit complicated. Before we could fly east towards Europe, we had to fly west to Montreal. Thankfully this was a fairly short flight, and with the change in time zone from Atlantic Time to Eastern Time, it only took about 30 minutes on the clock. Our bags were checked through all the way to Venice, a whole day away, so it was a nice surprise to glimpse them waiting to be loaded up through the plane window as we boarded. 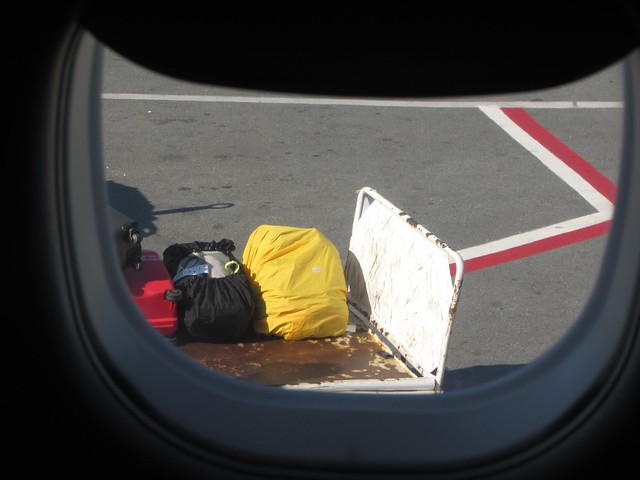 Leaving at 5pm and arriving at 5:30pm, we spent most of the flight in the low sun of early evening, which gave the coastlines, lakes, and rivers of Eastern Canada and Maine a lovely golden glow. 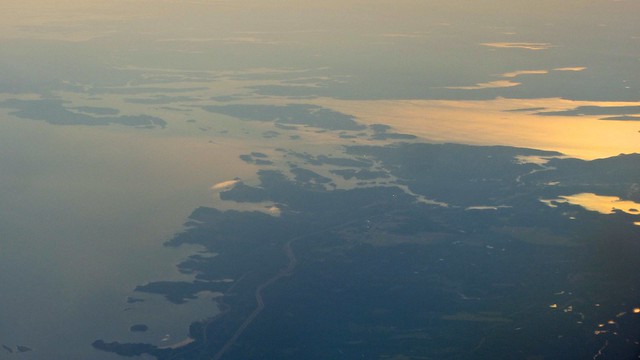 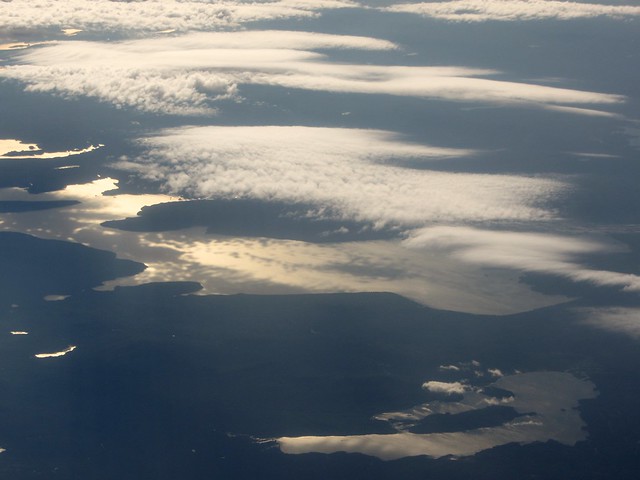 We came in over the Saint Lawrence river and passed right by downtown Montreal. Luckily, I was on the left side of the plane and had a great view of the whole city. My zoom lens got a good workout as we came in. 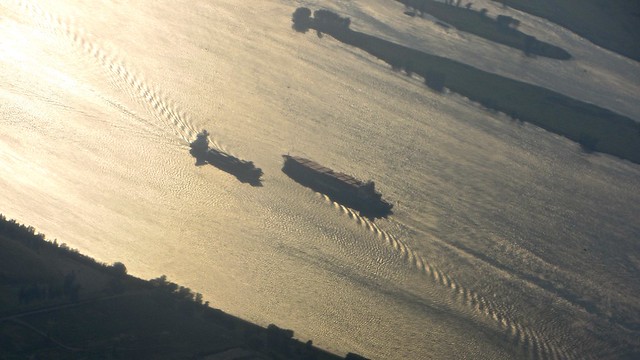 I had a great view of the Olympic Stadium, which, even if it's crumbling with age, still seems super futuristic: 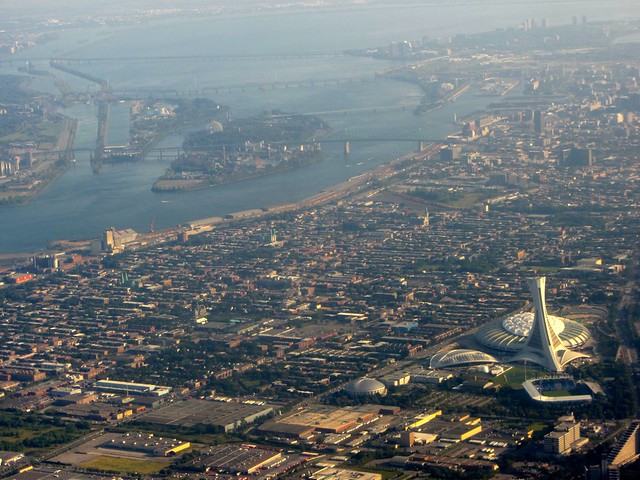 I could see the old Expo 67 site. We had an aerial photo of Expo 67 at home when I was growing up and I still find it strange to see the island now with only a few of the pavilions. 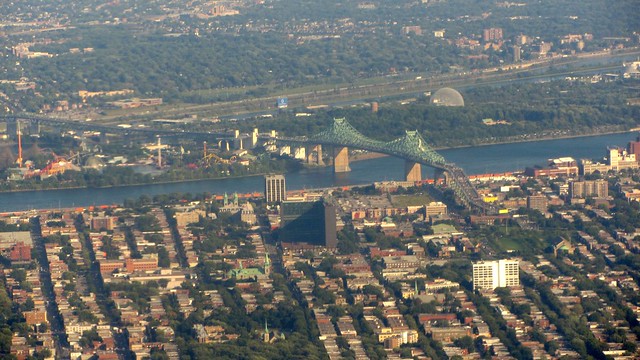 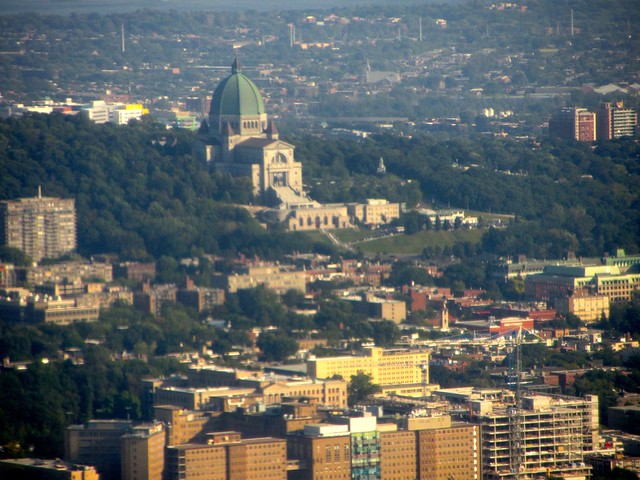 We usually fly direct from Halifax or through Toronto, so it had been a while since I'd been in the Montreal-Trudeau airport (I still like to call it Dorval). My first impression was that it was a little scruffy and old and rather ad-hoc. It was overcrowded, the lighting was harsh and the walls were scuffed, and there only seemed to be two power plugs in the entire gate area. The bathrooms were all too small and always messy. It took me back to the early 2000s when I spent far too much time flying in and out of Toronto Pearson Terminal 2, in its last years before they tore it down.

We found out that our flight was delayed coming in and we had several hours to kill, so I decided to walk around the airport a bit. It turns out that the rest of it is lovely: stylish wine bars and restaurants, interesting boutiques, warm and lovely lighting, cozy-looking seats - and every cluster of chairs had a brightly lit power station with multiple plugs, sponsored by Scotiabank. There were even some nice bathrooms. I guess our gate was just in the far boondocks.

One of my favourite iOS apps when I travel is FlightAware. I often get better information about flight times from my phone than from the official airport signs and staff. As I returned from my airport tour, I checked the app to see if our flight time had changed, and a box popped up:

"This application has encountered an unrecoverable error."

I got to the gate in time for an announcement that our flight was cancelled.

Well, that's a good start to our trip, I thought.

(Continued...)
(All the pictures in this post are linked to larger versions on Flickr. Click/tap to see more.)